"If I could walk away from me" 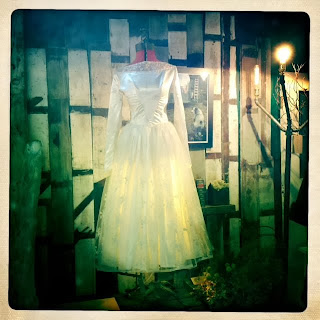 Yes, I have had much time for reflection, with more coming soon. It is good and necessary. I resist it as I can, then herald it when it arrives, as if it was somehow my doing. It is just as they say, a time for growth.

I've bought a few new books to help me through, East of Eden and Women in Love.

I also borrowed The Protestant Ethic and the Spirit of Capitalism from my friend whose last name is also Max Weber. I insist on pronouncing it with the only Germanic tongue I can muster, an aping of a comic dialect. We will have to wait and see if I make it to that one. I have a lot of fiction to wade through. That is where the greatest truths can oftenest be found. What remains is what we tell ourselves, what we're willing to learn, to what we hold on.

Lou Reed died on the 27th of October, you may have heard. So did my mother, 20 years ago. It is somehow oddly fitting and perhaps indicative of a larger life cycle, of mine. Not Reed's dying, but my mother and now. It is the end of something significant and yet lasting, with no way around it. There is only the going through it, like a novel that ends in a perfectly timed heartbreak; dissolution, as if no other words could possibly now replace the ones in front of you.

Lou Reed, and Mom. Connected now by visible numbers. Dylan Thomas and Sylvia Plath are birthed there as well.

I thought that I had discovered The Velvet Underground, around 1985 (to give you an idea). I remember buying their first album and playing it for all of my friends. I was obsessed. They thought I had lost my mind. What costume shall the poor girl wear….. A hand-me-down dress from who knows where…. Their ears were firmly planted in the Houses of the Holy territory. I mean, so were mine, but I also had a strong will to be weird.

Then, I bought their third album, which I mistakenly thought was their second. Some Kinda Love, Pale Blue Eyes, Jesus….

They allowed me to believe that I was an artist also, just by listening to them.

It took me years to find out that they had a career long before I had discovered them and brought them to the spotlight of Altamonte Springs. I saw it in The Village Voice, or Rolling Stone. You can imagine my disappointment, mixed with a prideful affirmation.

My tastes were on the right path, I told myself.

So, this October 27th slipped by, filled with other concerns. My mind has been elsewhere, yet also focused deeply inward. Odd, that. It is a scarce feeling, one worth harnessing in the hopes to enact modest change. Life offers occasional opportunities for serious reflection, moments when the fictions seem to fall away and there is just the raw substance of life left floating in front of you. Like now.

The Velvet's first album explored sadomasochism and heroin, by their third album they were invoking Jesus and writing contemplative songs for lost love, pale blue eyes.

The eyes written about were actually hazel. Poetic license, that.