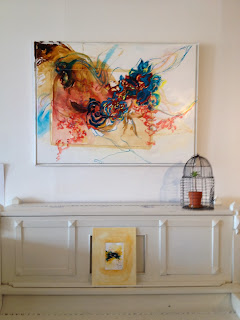 
Yesterday, Cato and I walked the entire perimeter of the city of San Francisco, nearly. Our actual walk was only a few miles but left a feeling in my legs that it must have been much, much more. It's the hills. Though in truth there weren't that many between the panhandle and the Mission, it's mostly a sloping downhill. We had lunch at a great vegan place (I almost capitalized the word "vegan." It amazes me that they have not yet universally called for that, demanded it… capital letters confer distinction, so why not them, such a distinct breed?).

But the food was delicious and it helped start the day out well after a nearly two hour workout.

We discovered a little secret SF location on the far side of The Mission called Taylor's Tonics, an odd little shop that specializes in rare sodas for sale. They had bottled sodas and candies from all over the world; also making, marketing, and distributing their own.

Cato and I sat outside and listened to the music. Strange and rare cover versions of all kinds. Ella Fitzgerald, Louis Armstrong, Frank Sinatra, even an acoustic cover of an AC/DC song that was clever and listenable, if you can believe that. We both agreed on it, so we must be right. I bought chewy candies that were the approximate tastes of root-beer and watermelon.

We sat in the sun watching the girls walk by, waiting for nothing. I struggled to consume those elastic wonders of candy science, my face distorting as I began the best part of the digestive process on them.

Then, once I had claimed victory over their foreign evility, we went to see a few pieces of art hanging in a studio space that is sometimes used to rehearse local theatrical productions. One of the artist's pieces is seen in the picture above. I liked her work. Genevieve is her name, the patron saint of Paris. Is it patroness when referring to a saint? I don't think so. Saints have no recognized gender. They're like albinos. I'm not sure, or more correctly: I don't know…. I made the same mistake the other day when referring to Isis, but then corrected it, I think. I hope.

It's a pretty name, Genevieve.


Well, early this morning was the new moon. The event has held imaginary significance for me and today does not disappoint. It has been an odd 30 days since the last one. Coincidental, not serendipitous. More ironic, perhaps, than anything else.

To counter the claims of many others - that the full moon invites much craziness - I started taking note of events on its occasion. It happily turned out that notable occurrences did start to fall on the new moon, and some craziness also. One after the other, events arrived, as they always do, until those events had finally exhausted themselves.

Today is a significant day for me, anyway. 30 days since the last new moon. 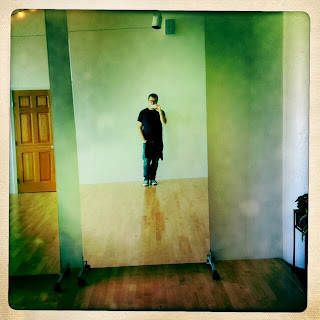