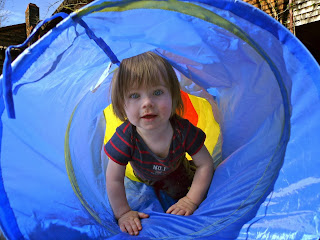 (Get a haircut, hippy, and wash your face!)

I took some pictures yesterday but I left my camera behind. Oh well, they were just pictures of the turkey and the table, the boy. The internet will have to survive without them.

I found the picture above, which I believe was taken just before he got his first "real" haircut. I was against it, sort of. I wanted to let his hair grow for as long as we (or he) could stand it. Who knows what negative effect it will have on the kid to have his hair cut early and often. He'll be in the ROTC in high school, I'm certain of it.

The picture of me from yesterday's post was actually taken by Rhys, his first. A few people refused to believe what a genuine marvel he is, a technical wunderkind.

I taught him the word "booger."  I hope it sticks.

A few days ago I was visiting the cnet.com website and I accidentally hit a key-command that changed all of my home pages to yahoo on all three browsers (even though two of them weren't open), changed the search field to yahoo also, even on Chrome, added an amazon.com and ebay.com button to two of them, then closed all open tabs and windows. I had never even known such a thing was possible.

But the deals on amazon are simply amazing.

The world of the internet is becoming more and more insidious under the guise of convenience. The government is spying on everybody and then charging them to do so. Some of the bigger internet companies want to adopt an encryption standard, which would nix some of the government spying, or at least curb it, but of course that will never happen.

Small violations of the law are going to become more regular and their discovery more mysterious. Traffic tickets will appear out of nowhere and they will become more trouble to fight than they are worth, though their worth will also grow. Already the punishment and cost for asserting your innocence has been growing and becoming more dangerous. Soon, the presumption of guilt will completely replace the presumption of innocence. It has already happened with several key crimes.

What amazes me is how much the supposed "conservatives" are often clamoring for more law enforcement, local and otherwise. They haven't thought that through very well. But the liberals are no better. They seem happy as long as government power is growing to accommodate their new programs. That should pan out well.

What am I talking about now, and on this most beautiful of all the Lord's days?

I was asked to say "grace" at dinner yesterday. It was not the triumph that I had imagined it to be. My only caveat was addressing it to the "Lord of many people…." Rhys was watching me, as was his mother, and her mother, and through magical christian proxy her mother's mother too, like the book of Numbers being read backwards, in space…

So, I made the prayer child-friendly and ended it with a sincere thanks for our pup, Barkley.

What else was I going to do?

Have you seen what happens to heathens? 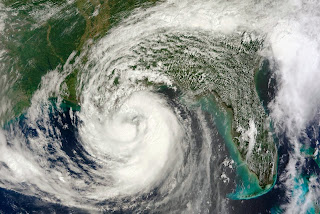