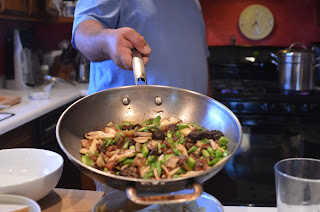 Enough about that, for now.

A friend was dj'ing in SF last night. I didn't know about it until yesterday. I wasn't able to make it. I was in bed and half-asleep when he called and texted at around 8pm. I awoke at 2:30 and thought how funny it would be to go then, but fell back asleep. My sleeping patterns match Rhys' as closely as possible. I would have gone if I did not have to work the following day, today, though I would have been tempted to artificially stimulate my nervous system.

I wonder when my car will start leaning to one side.

Okay, I must escape these thoughts.

A friend wrote this morning about the loss of Romantic Rebellion, that all that is left now is deviance. He is right, of course. The posture of rebellion is laughable when not tedious.

The Tea Party perhaps see themselves as rebels, patriots.

Or Libertarians, a term that I am becoming increasingly suspicious of. They have reduced politics down to a single issue and apply it wherever and however they can, believing themselves to be "principled." I only see a vaguely more sensible form of fundamentalism there, if that's possible. They claim that their position somehow acts as an alternative to the left-right dichotomy, but it seems to me to be the embodiment of that predicament, containing both far-left and far-right ideals.

Looking for political rebels is foolish. There is no fuel left for them. None of them fly, none of them soar. The dreamers have all been grounded.

Where are the dignified rebels, the heart of forgotten worlds, the artists and writers? They disappear into processes and terms and styles, unable or unwilling to engage outside of their imaginary spheres.

As old Springsteen once hoarsed: ... and the poets down here don't write nothing at all, they just stand back and let it all be.