The many stones of Rapeville 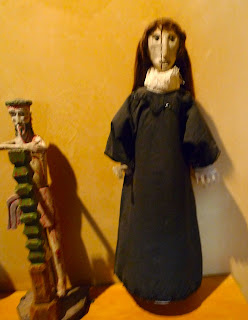 Today ends winter, the astronomical accounting of it anyway. The earth here seems to still be holding on to the last wetness of Winter, the slight chill.

I slept for close to 10 hours last night, off and on. Sleep is a common issue for me, one that often fuels or starves others. I think I've mentioned it before.

I've run out of things to write about. For some time now I've felt devoid of interest. Bankrupt, as "the moderns" called it. I"m happiest when I'm reading.

Yesterday I read about rape. I don't pretend to know the details. Keep that in mind here, that these are just musings:

There were some high-school kids, football players, who had uninvited sex with a girl classmate of theirs who was passed out, then one of them published naked photos of her online. It made national news. Then the news outlets were reporting on the other news outlets' reporting. "Rape Apologists!" went at least one accusation, because they had the temerity to note that these boys' promising lives were also ruined by the incident, as part of what they were reporting on.

Or, only that it has ripped this small town apart....

Little matter that you can't really report on a minor who has been raped, it being illegal (if not a lack of journalistic decorum) to state the victim's name. Though that didn't stop Fox News, apparently.

I mentioned it to Rachel, whose stance could fairly be described as anti-rape, and she said that it's the whole 9/11 phenomenon, that you're not allowed to mention anything other than evil, Evil, EVIL!!!!  To do so is sympathizing with the terrorists.

To flesh out any story with information on the perpetrators (now convicted rapists), that reveals them to be anything other than depraved monsters is a line that some will not allow to be crossed. There seems to be some confusion between what is acknowledging and what is sympathizing. To describe the courtroom scene, in which the parents are seated, the only adequate phrase for them would be "rape primogenitors."

Some seemed shocked at the statistics of sexual assault among high school athletes.

Most people are anti-rape. There are very few who seem "pro" on the subject, though I suppose they're out there. I read one account in which an individual tried to entirely blame the young girl for what these boys had done, noting her clothes as being the inciting event, etc. The old, she was asking for it. There are some who will not be happy until all signs of femininity are sealed off from view and hidden from an otherwise perfectly healthy old-testament society.

Being anti-rape is not good enough for some, though. There is no room in this new world for those who are soft on rape, or for those who have the audacity to do anything at all other than eternally denounce the two boys and send them to hell or somewhere far worse. To some, mentioning their lives as being anything beyond utter depravity is being an accomplice to rape.

Stop apologizing! goes the repeated cry. Now is the time to burn the evil-doers, then stone them! Those who are unable to find large enough stones are probably rapists themselves. If you want to prove that you're not a rapist then you must find a stone so large that it can not even be lifted. That's the only way to be certain.

There were many witnesses to the event. The law is turning towards them now. There will be a grand jury convened, to ensure that no stone has been left un-thrown, that no one culpable escapes. It is a grand old time for righteousness in town. Once the stones start flying the idea is to be thorough. Partial stonings are the hallmark of an uncivilized society.

It's tough being a kid... one night you're just drinking beer and watching your friends finger a passed out girl, the next thing you know you're in some sort of trouble. Coach is in trouble too! These sure are complicated times.

The girl has received death threats for having been raped. That must spark the occasional grim chuckle in the Muslim world.

In the little town of Steubenville, where football is everything.