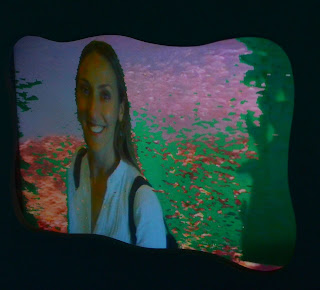 It rained all night the night before last, then much of the day. A hail storm at noon. Ice falling from the skies.

I leave for LA today. This time I will bring my camera. I will try to capture the essence of canine. We have a photo-shoot planned for my friends' dogs. Shit! I just realized that I have a fresh roll of film in my camera that will be ruined by the x-ray machines. I need to take 36 pictures before I get to the airport.

I like being able to work remotely. It affords me the ability to travel without consequence in employment. All I need is relative peace and a wi-fi connection. So, if you want me to come visit your house.... those are my demands.

NyQuil continues to plague me, though with diminished effect as each night passes. This morning I only dreamed of runaway advertisements on my phone while I was desperately trying to text. They were infuriating, but also easy to let go of once sleep lost its hold on me - nothing like the nightmare visions from the morning before. Maybe it was the rain...

Fuck. I have nothing to write about. That is the effect of NyQuil. It is mind-numbing.

A friend sent an article yesterday instructing blog-writers to write "Epic" content if they want to increase traffic. I sent her back a screenshot of the definition of "epic."

She seemed pleased with my response, says she misses me.

"Epic content doesn't just happen" says the author of the article, Corbett. I suppose that's quite true. It requires intent, purpose and much skill to produce epic material. He seems to have given this a lot of thought.

I wonder how my modest audience would respond to such a shift in content here. It is inexplicable, but it would seem that people actually do come here to read the irrational ravings of a self-deluded lunatic. What other explanation could there be? I suppose it could be the cops, keeping an eye on me, for public safety. I mean, I have recently angered a member of their sorority. But how many cops does it take to monitor a website? I believe them to be mainly incompetent, but like many others they are also underfunded.

The idea of hordes of epicene cops clamoring to this site every day, monitoring it in the hopes of making a bust, is a humorous one. It's a very Spy vs. Spyette scenario.  Looking at traffic sources, gathering IP addresses, and them reading through gibberish, hoping to make some sense of it all.

Now, that is truly heroic adventure. 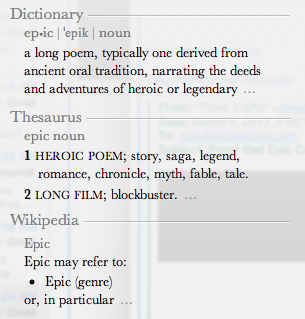