The dreams of others: 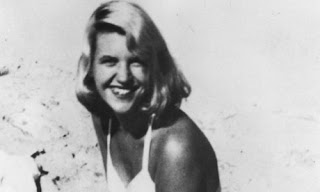 I remember the dreams I've had the last two nights: the first: trying out for a play and being in a huge gymnasium where the clowns and actors were practising. Everywhere there was the heavy circumstance of menace: I ran, huge weights were dropping on my head; I crossed the slippery floor, and afar off, laughing hobos bowled large black balls at me to knock me down; it was a terrifying time of jeopardy: similar to those moments caught between traffic, lumbering trucks and busses and bicycles coming from all angles, when I can only stand fast and shut my eyes, or blunder into a tangle of traffic and hope for luck. Blacked balls, blacked weights, wheeled vehicles, and the slippery floor: all trying to crush me, moving in heavy blundering attempts, just missing.

Then I was in my black coat and beret: Isis bereaved, Isis in search, walking a dark barren street. Into a cafe´, searching, searching and in a chair, hiding his face behind a newspaper, sat the dark one, suave, grinning. I stood, appalled, and he uncurled, and came with me, dark and sweet. Another dark man with the face of a slavic cretin, or a yellowed spaniard, of some indeterminate race, accosted me and said in a thick, furry voice "It is night" He thought I was a whore; I broke away, running for my Richard, who walked ahead, his back toward me.

Men's voices downstairs. I am sick, sick. With this desperate fury. God knows what will happen to me in Paris. Love turns, lust turns, into the death urge. My love is gone, gone, and I would be raped. "It is night."

For anybody who ever wondered if their own dreams were at least as deep and meaningful as those of Sylvia Plath.... I told you that there was little mystery to dreaming. It is all there for the knowing: rape, racism, misandry, and all else.