the pasha of the moon 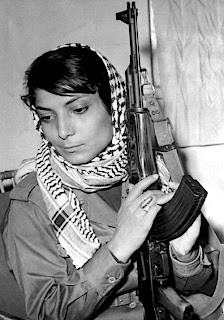 I've lost a reader, just as I was  in the home stretch, approaching a thousand posts and one hundred thousand page views. He told me my blog was boring and self-obsessed. He's right, of course. I think he also called it pointless. I wake up and write about what's on my mind, usually nothing. It is a lot of difficult navel-gazing. What could be more pointless and self-involved? I suppose that I could read the news first, then write my reactions; opining, as I've been warned against.

I probably do enough of that already.

The original intention of the blog was to be an open email to my friends. There reached a time when so few people were responding to emails that I thought I would save myself some time by just writing a blog and treating it as an open email. What am I to write about in such given circumstances?

It's too bad though. I liked knowing that he was reading. The sense of separation from my old life has been huge over the last year. The new life has not yet appeared entirely complete underneath my feet.

I got a copy of "Rome" by Robert Hughes, in preparation for a hopeful, upcoming trip to Italy. I want us to go for 3 weeks. Now that I work a normal job I want the things that normal people want. I want to save towards something, an event off in the distance, something large. I will diet and we will save for many months, in preparation for the transatlantic journey and the rich foods we will eat.

Perhaps we will take a cruise ship around the Cape of Good Hope, ride camels across the Sahara, wearing keffiyehs as we go - disguised and armed as rebel infidels - a final high-speed midnight inter tube ride across the Mediterranean where I will become the pasha of the moon, only to arrive with a massive morning speed boat wake into the canals of Venice, where I will hijack a newly painted gondola and spend my days drinking local table vino and salivating over the passing of young girls' breasts, leering uneasily, toing and froing with the coming tides like the motion of life itself.

Of course I will begin forming my pretensions of Italy well in advance of the trip, all of you will see. I will be an expert long before we depart. When we return I will legally change my name to Giovanni Antonio Mario Giuseppe-6, of Tuscany.

I got an email from a potential job opportunity. I have considered working two jobs for a while. It would be a genuine killer, but if I did it for only one year then we would be close to being debt free (excluding the house). Then, I could reward myself with a fancy new camera and a three week trip to Italy, putting the entire thing on high interest charge cards, or American Express. I will be the proud possessor of traveler's cheques awaiting my signature.

Or, I could just stay home and vomit on piles of cash like old Steve Rubell.

I need to put less sugar in my morning coffee.