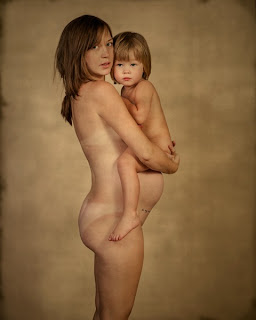 I enjoy writing more when I am in a manic phase. Or, a hypomanic phase, rather. I never tire, I never search for subject or content. It all just comes to me, pages of giggling gibberish. Sure, I often wince when it's all over, if I ever look back, but I enjoy the feeling more as it's happening.

What am I talking about? I enjoy everything more when in a hypomanic phase. It's the following state that causes trouble. The unstoppable swing upwards towards frenzy, the vexation of mania. Two states in which I can not tell the difference as I am transitioning through them. One secretly passes off the lie to the other, without my knowledge.

It's an interesting curse.  I have a mild pity for those who have never felt it. It is among the best drugs I've ever been subjected to, though the comedowns are horrendous. It is convenient for people to just believe that you don't really have it. It is difficult for many to separate what is you and what are the effects of the illness. I sometimes question whether there even is a line dividing me from it. I can see that it is incredibly tiring for those around me. It steals others' energy, with their knowledge but without their consent.

It's much stronger than coffee, and also lasts much longer. Days, sometimes weeks. Entire seasons pass sometimes before I look back and realize that I was involved in a long upwards swing, or an extended descent.

It is hellish, those lasting spells.

Today is Rachel's birthday. We will go into the city, to the aquarium. Last year we briefly stopped by a pub, where some friends were, we were with 2-month old baby Rhys. I walked him carefully through the bar to a back patio area. Rachel was not very comfortable with the situation, understandably, so we left. St. Patrick's Day in San Francisco, in an Irish bar, with a newborn. You get the idea.

But we will go in to the city and brave the drinkers again. I have never enjoyed this day much. I do not understand what is being celebrated. It's a religious thing, but it happens almost exclusively in bars, right? Tonight, we will go have dinner over at our friends' house. Seafood and white wine. Deliciousness.

I love the picture from today. It is one that I had asked if I could use here some time ago. There are at least two invisible men involved in its making, that much we can be certain of. One of them I know. But it does a strange thing to think of the other. It affects something about the image and it bothers me that it does so. I do not want to know about him. I do not want him involved in this. It feels as if he is invading the privacy of the image, which is a silly way to feel.

I prefer to just look at what is there and enjoy it, its tender simplicity, its vulnerable carnality. I'm not entirely certain why the idea of the other has its effect.