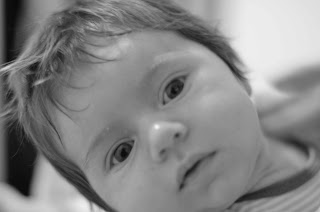 And so we wait.  The offer on the condo is in and they have three days in which to accept it, then we have 17 days to inspect the place and re-negotiate.  If all goes well we could be moving in by the end of April.  We will see.  Everybody tells us not to get our hopes up too much but it is difficult not to.  We have been driving by the place imagining, looking at it from the outside, pulling into the parking lot, watching it, stalking it.  It would be strange to get caught and have a trespassing warrant issued against us, especially if the deal goes through. We wouldn't be allowed to be within 300 feet of our new home.  I think even looking at pictures of it during the closing procedures might violate the terms of the warrant.  I'll have to check into that.
I have been trying to exercise again, to be a better stalker.  It has been too long and I have gained too much weight.  Something must be done.  I feel far too sedentary.  It must be fought.  Yesterday I worked out for about 30 minutes with weights.  Afterwards I like to negate these workouts with a few glasses of wine and some slices of deli ham dipped right into the honey-mustard jar.    I've come to refer to the corkscrew as "the dumbbell adjuster."  It makes them lighter, less useful, and more easily forgotten.  One must always seek balance in life.  I have been visualizing the weights floating away from me.  It helps me relax.
Speaking of relaxing, I'm going to go back to bed.  I'm not feeling well.  I have been uninspired to write lately.  It is tough, trying to write creatively every day, or even journalistically.  Most of my subjects are invented.  Unless I can luck out and re-ignite an argument with a crazed radical euro-guerilla.  But even that doesn't excite me the way that it once did.  You can only publicly vulgarize yourself so many times before it loses its appeal, which I suppose it has.  Though between boredom and donkey dealings I choose donkeys.
Oh wait, I've thought of something to write about, nature.   We are beginning to see the return of spring here in the valley. The cherry blossoms are falling, or have already been lost in the winds, or to the earth.  The sheep have roamed some of the vineyards eating all of the yellow mustard weeds and new green growth is starting to show itself here and there across the hills and fields.  The winds feel fresh and seem to be pushing a season out rather than ominously bringing more cold rains in. The winter here was easy and is now passing smoothly, slowly into growth.  Soon there will be germination, sprouting, blooming.  The earth's tilting warmth on its orbital way.
For a few weeks there were two beautiful white swans occupying a small pond near where the two-lane road meets the four-lane road, up near the north bay.  Each day I would drive by them and wonder.  I kept meaning to stop the car and take some pictures but I was always on my way to work so didn't want to risk being late.   For weeks they had the pond all to themselves then the last time I saw them I had noticed that a flock of much smaller migratory birds had occupied the pond with them. The next time I drove by, with Rachel in the car, hoping to show her, they were gone.  The lake was even more densely populated with the other birds and my assumption was that there was some overcrowding.  I know swans can be quite territorial.  Or, it was just time for them to move on.  The warming weather instructing them to move elsewhere.  Who knows, but I never got the picture.
That is the lesson for today: get the picture, always get it, while the earth keeps its course.
.
Posted by Sean Q6 at 11:09 AM