The heir to a lost empire 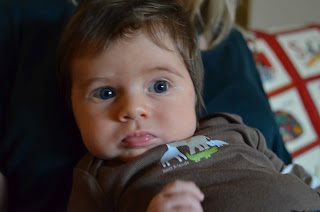 I feel like an idiot.  I act like an idiot.  I look at idiots.  I must be an idiot.  I left a set of the Encyclopedia Britannica in New York.  Rachel convinced me that we would buy a newer set once we got settled in California.  They've discontinued the series now, after 244 years, longer than America has been a country. The set is relegated to the bonfires of the digital world, along with all of the other useless documents from that time.
I knew that I was making a mistake by leaving them when we moved.  I knew that there would always be some reason why they never got replaced, and I knew that I would regret it, forever.  When that little voice in your head tells that what you are doing, or what you are about to do, is something that you'll regret, then listen.  I have learned my lesson ad infinitum, ad nauseam, add this to the list....
At the very least, before I completely abandoned them at my apartment, I gave them to somebody who will value them.  A guy from work who has six children, 5 girls and a newborn son.  I mentioned how bad I felt about not packing them and he offered to come by and take them home to his children, which he did, very grateful to have done so.  So be it, I can not cry about it forever.  Eventually I'll forget what I was crying about.  Such is the transience of primary memory, the temporal quanta of the fool.
I looked online at the cost of a new set, knowing in advance that it was absurd to even check, that they would be way out of my price range.  I was right.  $1400.  The DVD with the entire set digitized and interactive for your learning pleasure, $40.  I almost feel obligated to buy 35 copies of it over the course of my lifetime, as gifts for children, a penance of sorts.  I really liked having a copy of the Britannica in our apartment. I thought of it almost as an heirloom. Once Rachel was pregnant I fantasized about our child being enthralled with the books once the child reached a certain age.  I thought that I was making Diderot proud.
Ok, enough about it.  It makes me sick, sucking on the teats of stupidity should, I suppose.
Speaking of, I will work several hours of overtime today, boosting America's economy, getting us back into fighting shape.  Of what use will the encyclopedia be in the years to come?  The concepts of democracy have finally taken over, truly. Wikipedia will serve as the only font of useful information, all other information will eventually wash away as forgotten sins of another time.  What the fuck was I thinking?  I even donated money to Wikipedia, thinking that it was a useful resource.  I never fully realized that it was the very thing that would one day soon kill off actual information, as opposed to group opinion.  I was naive.
Naivety, it's a French word for idiocy, says Wiki.  It is the quality that most invites doom.
.
Posted by Sean Q6 at 5:45 AM