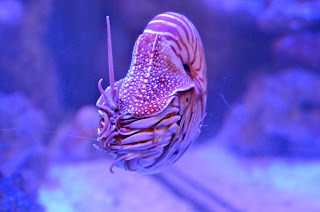 Sleep helps.  I awoke today and the sky seemed a little less grey than last night.  Ha!  Last night it wasn't grey at all, it was black.
Today is almost a day off from work for me.  I still have to work, but not very much.  Sometimes it is difficult to separate what is depression and what is merely frustration from my job.  Despondency is never far away.  Wilde said, "The best way to appreciate your job is to imagine yourself without one."  He was a clever man, of course, though not clever enough to keep himself out of prison.  Gaol.  I've made the reading recommendation before here but I'll make it again, De Profundis.  It's also worth reading about the conditions under which it was written.  Jacques Barzun has written a book and an essay that are worth considering.
I'll admit, I don't have much to write about.  I've felt this way for weeks now.  I'm struggling to find subjects and I am meandering, sometimes on silly fictionalized tangents.  I have been occupied with the purchasing of this townhouse.  Not with the details, which have been almost exclusively dealt with by Rachel, but with the feeling of enormity, the burden of responsibility.  In less than three years time we've gone from being broken up, to being an occasionally troubled couple, to being married, to moving from NYC to CA, to being parents, to being homeowners.  Much of that list, and the most important changes, have occurred in the last 3-6 months.  I keep calling Rachel a "homo wiener" because it is phonetically similar to "homeowner."  I suppose my mind still reels at the duty of ownership.
I said "doody"...
Ok, I just thought I should write a quick note today and dispel the suicidal mania of last night's post.  I read it this morning and wanted to talk with myself about my feelings, to sit down and have a tea, and chat.
.
Posted by Sean Q6 at 9:07 AM