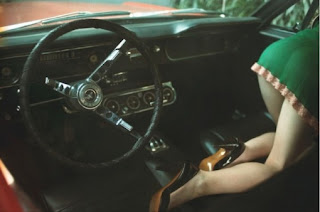 (steering by michael schmidt)
I have a miniature one-day "weekend" coming up, starting tomorrow.  It won't be mine.  I will be at realty offices all day, signing papers, discussing interest rates and purchase procedures.  Rachel and I are putting an offer in on a condo.  It is a lot of money, to me.  But it is a place to live, one that will be ours - hopefully, if our offer is accepted.  I have never owned a home before.  I enthusiastically ruined my credit at the tender age of 19 and then subsequently  advanced on the idea with various credit cards, and the lines of them.  The people who decide how life is going to be long ago decided against me.
But it appears that they'd like to give me another chance.  Crisis creates opportunity, they say.
The world we live in is insane, or even worse than insane, it is actually designed this way.
You can't drink until 21 but you can sink yourself in debt as soon as you're legally able to enter into a contract, the day you turn 18.  An 18 year old is no more prepared to handle credit than they are to go off to war, or to whiskey.   Society says that beer is dangerous to a person that age, but fiscal enslavement represents no genuine threat.  I mean, they've got the rest of their lives to pay it off, right?   The rules are always made by the wrong people.
You should get $1000 credit the moment you turn 21, but it only lasts for an hour and can't be spent in a bar.  If the debt, with interest, isn't paid back in full within 1 year (approx.) then you're never allowed to masturbate again.  Or, you can drink but you must rent an apartment, for life, with a stranger.
See, my rules would be quite easy.  I think the "weeding-out" process should happen very suddenly rather than being so prolonged and dull, with constant reminders.  Cyber-morality is the truest evidence there is.  Suddenly everybody's a vicar.  Soon nobody will ever need to testify again.  There will only be shame, pain and punishment.  There will be a Facebook and a Fecesbook.  Don't accidentally suck up to the wrong one.  Don't know anybody. That will be the rule of the future.   Know patterns, not persons.
You see?
No, no, I wouldn't want to be tasked with making the rules.  And nobody, I don't think, would want to live in a world with rules made by me, me most of all.   I've seen the effect of making suggestions.  It is a terrible mess.  Though I do have wonderfully relaxed sadistic impulses, somehow they never fly.  But a society can not be formed on such leisurely deviance, nor can it be saved with my alternating masochist tendencies, my advancing satisfactions, the marching master madness.
It seems to me that some slightly more stable impulses should give rise to the invisible structures that guide us, and lighten our collective paths.
Ha. ha. aha.
I kid, just.  I want power, and lots of it.  It just doesn't seem that I'll ever get it though, it's not awarded, it's won.  It's not given away at the uber-Caligula levels that I would need to accomplish my unique vision for society.  I'm more of Helen Keller-Caesar Salad.  Sort of a Caligu-Keller now that I'm on the west coast.
Augustus Geezus, I hope nobody reads this and thinks that I'm anything less than self-sacrificing for those in need.  I only mean that I am blind and deaf to my own durable desires, a horse running through darkness with a message that must somehow reach the rider before dawn.  My post from last night got me a few heated and abbreviated emails, clipped admonishments like lost toenails,  once useful, now sharp and unwanted.  Close friends thinking that I had again tossed off my interest in feminism.
I said, Oh no. No, damn it...
Ok, I have some explaining to do...


I'm think I'm going to go back to writing in the mornings.  I am also growing tired of my crapulous mutterings.  It's at the far end of the day and my mind has been beaten like a tent spike for many disillusioned hours, by unworthy carnies, for seasonal hire, in late winter...  beaten and defeated by deliberation dwarves, mandate midgets.  A drink or two after work only helps at first, and only for a brief magic while.  Beyond that it's just like driving a car, it doesn't relax you, or help you round corners any more smoothly, it actually makes you dangerous, and possibly stupid.  Who knew?