The future has spoken 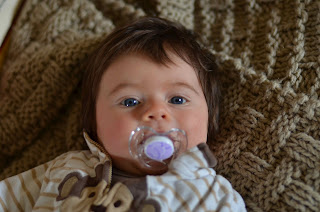 Another day spent driving through paradise.  Working any schedule has its own peculiarities to it. But working a schedule that changes all of the time, without any consistency from week to week, brings with it a unique character unlike what I imagine the doldrums of a set schedule must be like.  To wit, last night I worked late, today I work early.  Even though there are the same amount of hours worked both days, and an equal amount to my counterpart who works a set schedule, it feels very different.  It feels as if I've been robbed out of some time this morning, time that I'll never psychologically recover, even though I will have more free hours after work tonight, ostensibly to do so.
Just as only working five days a week, but having your two days off spread out from one another so that the months cycle by as if there were only perpetual attendance at work, is very different from having two days off each week, preferably Saturday and Sunday.  Unless you've never worked a randomly rotating schedule you can't possibly know what it is like.  It feels like being trapped in a clothes dryer that occasionally stops, hiccups, then starts back up again, only to stop 3 or 1 or 2 or 4 days later, only to start back up again the following day.  But you never really get the feeling that you've been able to leave the clothes dryer, only that it has stopped for a moment and the motion sickness will briefly subside.  It's like I'm stuck on a carousel of labor with the crazy carnival music blaring, the painted faces advancing and receding in a nightmarish delirium of sensibly timed and moderate income.
That last sentence finished itself.  I don't even know where those words came from.  It's as if the mighty holy majestic astral workforce spirit was channeling me, and I merely its humble daily vessel...  Once completed, it felt as if my soul had commuted back from a great ways away.  I was in a strange faraway reflective place where all of my efforts to help others were greeted with jeers.
Ok...  I was warned yesterday morning about writing such things.  The future has spoken.
.
Posted by Sean Q6 at 7:28 AM