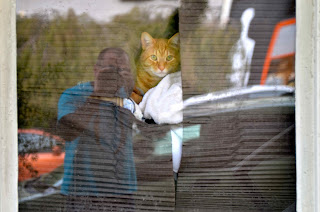 Once upon a time, not long ago, and not far from here... I was chatting with a woman. I told her that we just had a baby ten weeks ago. She asked to see a picture. I showed. The next thing I know she's holding her phone up for me to take a look. On the screen there are two pubescent girls doing handstands in their underwear. One pair white, one baby blue.  Their matching white t-shirts barely concealing the area where their breasts would soon be.
"One 15, one 13." She says.
"I see. Gymnasts?"
"No, just fooling around.  It's hard to believe they're as old as they are."
"Indeed. Hard to imagine."
The next picture they were in the same outfits but right side up.  Their t-shirts had dropped to conceal their stomachs though their budding breasts became much more apparent.  Well, two of them did, anyway.
Again, "Hard to imagine how quickly they grow up. Soon enough they'll be having babies of their own."
"God, I hope not."
"Well, when the time is right."
"I don't think I'll ever feel like being a grandma."
"Better not let them grow up then."
"If it were only up to me."
I wondered why a woman would show a man she had never met before such pictures, but assumed that now I am in a "fathers club" in which all things are automatically different, and different for all people in the same way.  Terrifying, I thought.
No, perhaps this woman was trying to sell her daughters off into sexual slavery and she assessed me as just the right person to safely facilitate such an exchange.
Who knows. People are crazy.
"Someone oughta' sell tickets." - H.I. McDunnough, Raising Arizona 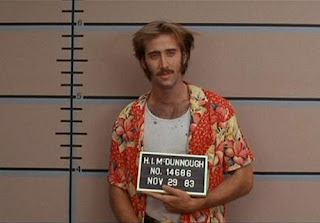