The issue of distinctions 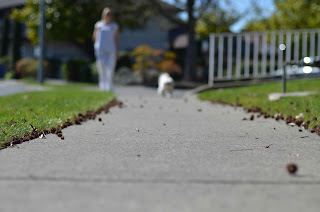 Having a child makes life interesting. I am inclined to try and think as he does, or to experience the world as he does.  A few days ago I was playing with Barkley, the dog, tossing a stuffed toy rabbit down the hallway for him to triumphantly fetch and return. The door to the bedroom was almost closed, with the child sleeping on the other side.  One throw landed the bunny right between the door and the frame. Barkley ran to the door, stuck his head through gently, just enough to open the door, then jumped over and through into the room, continuing his search for the toy. I saw him running from one side of the room to the other, frantically seeking out the rabbit.  I quietly called his name, thinking that he would see the toy in the doorway upon his return. Again, he navigated his way through the doorway, traversing the toy, then continuing his search for the wayward rabbit in the hallway.  His frenzy was really building.  I called him but he ran back into the room, yet again leaping the toy to get there.  The poor pup couldn't tell the difference between the obstacle and the object of desire.  Or, rather that he couldn't comprehend the sameness of them.
When Rachel is holding Rhys face to face I will often come up from behind her to look at him and make fatherly baby noises at him, ridiculous tones and sounds of all sorts.  He must see it as a daddy-head suddenly growing out of mommy's back from time to time, unable to distinguish between her body and my head, likely unable to distinguish between her and I at all yet.  Life must be very strange for an infant: occasionally smiling, goofy heads grow out of mommy's back, eclipsing all other objects, making noises that only the insane or the very happy could make. Yet this seems to make him happy.  There seems to be no end to the idiotic things I might do to get the little child to smile, and we've hardly just begun.  Life has been relatively easy so far with the baby boy, especially since we've been able to see the 'lights coming on' in him.
I'm told that things don't stay this way forever, to take a lot of pictures.
That's where distinguishing takes on yet another dimension.  I take a lot of pictures of the boy and his mother.  Some are clearly not good, the exposure is off, or her eyes are closed, or she's got her hand in front of her face, or his.  Beyond that I like them all, barely able to separate the good ones from the others. See, I don't even like to say "bad ones."  I'm like the child, looking at all of them with fascination and smiling affection, barely able to separate one from the other, thinking that all of them deserve to be framed or preserved.  Pressing the delete button pains me a little bit, not knowing whether one day I'll regret having deleted a picture of the child burping up breast milk on himself, or crying, or doing nothing in particular.   It's absurd.  I've lost almost any and all ability that I had to make distinctions.  As if all of the things that I love are all pleasantly out of focus and fused together and bouncing before me. 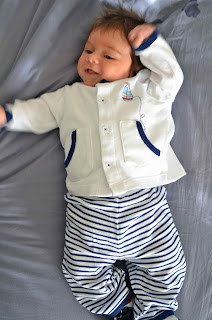