Don't tread on me 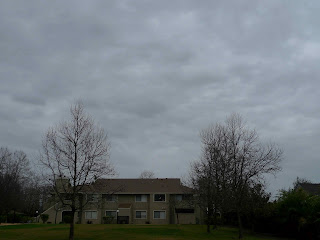 Not much time to write today.  We will strike out on an adventure of some sort.  It's raining and will be raining all day today.  Seems unlikely that we will be able to drive far enough to escape it.  But with my only day off I refuse to sit in the apartment all day and just watch it through the windows.  That's what I've been doing far too much of lately.  The rain here is not like the rain in New York at all.  Here it is a season.  There it is an event, with one rain being separated from another by dryness, clearness of sky.
I should have known.  It is a valley system and the entire bay area unique in its odd climate regions and changes.  It makes sense that there would be both microclimate diversity and seasonal patterns, considering the proximity to the coast and the range in elevation, the many valleys, mountain lines and inland waters.  But it didn't really occur to me until living here.  None of it did.  I have lived too long in the city, where there are only 4 seasons, and occasional gifts of weather peppered here and there.  Before moving to Sonoma valley I was reading about the place and discovered that it gets about 30" of rain each year.  I forgot all about this once I got here and it was just endless slices of sunshine, days of heaven.
All 30" have dropped in the last 3 weeks, it seems.
On part of the road driving out of the valley, up towards the bay, there is a fenced off section that has filled with rain water.  I had noticed it before but assumed it was for a certain type of corralling, for the cows.  Branding, slaughtering, castrating, or something less dramatic, I told myself.  Not until the perpetual rains, with the fenced area filling to form a new lake, had it dawned on me that it was put up as an understood yearly estimate of the rain's reach.  They predicted well, the newly formed lake comes right to the edge of the fence now.  If the rain stops soon, as everybody claims that it will, then the cows will be prepared to make their delicious transition from cattle to livestock.


I witnessed a strange migration of sorts yesterday on my drive towards the peninsula.  There was an entire herd of black cows all walking due west.  There were no herders there, or dogs, or anything at all that I could see that had caused it, or was causing it.  Just one massive bovine exodus, headed for the other side of the field.  Maybe a snake spooked a few of them and the movement took hold based on fear, instinct and partial knowledge - like the Tea Party.
Posted by Sean Q6 at 9:15 AM