baying to the stars 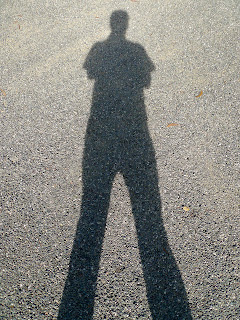 I have not been able to write lately.  All of the things that one is told about having a child are true: the loss of sleep, of time, of parts of your mind, etc.  My faculties have never had that great of a footing as it is, more of a grip than a standing.  I have often struggled with obsessions, mania and despair, never having much time between them.  It's not so much sanity as emotional well-being, I suppose.  Though one becomes the other when left unchecked.  I'm too wrapped or too unraveled, with never enough time separating the two states to ever regroup.  Losing sleep doesn't help.  I lie in bed with my mind racing, gripped with fear of sleeplessness.  One thing that will almost guarantee wakefulness is the fear of it.
Each day paces on with me dragged along behind it, a hostage to the schedule, a detainee to the minutes.  What can be done or said about such things.  It is the way forward, and forward is where we are meant to ever be headed.  Into the day, seized with it.  Chasing the moon, chasing the sun, covetous of self, baying to the skies, longing for the stars, longing for rest, longing to return, burning to get a shadow of self back, burning to burn, wailing towards the sun, chasing its many shifting and stretched shadows, while we are able.
.
Posted by Sean Q6 at 8:38 AM