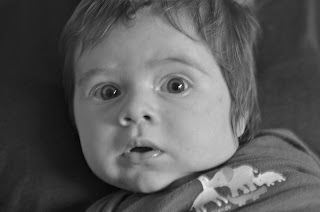 An early day today, an even earlier day tomorrow.  Tomorrow is a very big day for capitalism, and I part of the humble machine meant to get things back on track.  Remember after Sept. 11th, G.W. Bush told everybody that if they wanted to show their patriotism then the best way to do so was to "Keep Shopping!", the mantra of the long neo-con-capitalism.  I thought of making bumper stickers emulating the Robert Crumb "Keep on Truckin'..." stickers from the early 70's but to have the characters with various Macy's-type bags on their arms, and of course, the word shoppin' to replace truckin'
Of course, somebody has probably already done it.  I wouldn't know. At that time the only cars I ever came in contact with were cabs.
I have been reading about this Greg Smith guy, a whistle blower in a whistle factory.  He's a mid-level exec. from Goldman Sachs that resigned a few minutes before his open letter op-ed piece was to be published in The New York Times.  It reminds me of a day when somebody did a similar thing at the place where I work, though to much less attention and acclaim, accordingly so.  It is difficult not to be envious of such people.  To speak your truth and have others listen.  To see a weaving of evil built into the fabric of the system, and to speak up about it.  To risk all, only to let it be known that you're not going to play along any more.  To gain by loss, rather than only loss by loss.
But there are other concerns and considerations involved, at least for me.  Doing so would be a very short-termed pyrrhic success.  There are others to consider now, those that depend on me without even knowing that they're doing so.  See above.
Stuck somewhere between shoppin' and truckin', I rise now only to return to work. 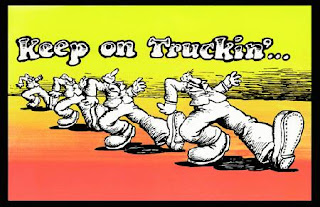