We build our houses 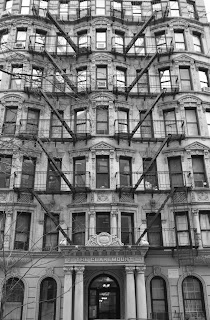 Well, I am back to work, the flu has subsided, for now.  So I return to the monotony of the life that I was living. The demonic visions have crawled back to their resting places, to regain their strength against me.  I had a dream last night that I was putting my studio back together. I recalled each piece, whether I still owned it, had sold it off, had given it away, or if it had been stolen from me.  The remaining pieces I arranged in such a way as to maximize their usefulness.  In the dream I could feel the sensation of wanting more gear. There were pieces I would need to update with newer versions or replace altogether because they're dated and no longer of much use.  When I awoke I thought that it was one of the most boring dreams I had ever had.  I mean, how boring can a dream actually be?  I was installing gear in a studio rack... The only thing more boring than this dream would perhaps be somebody reading about this dream right now.  Other people's dreams are not fascinating, and avoid anybody that would tell you otherwise...  If you find that you are having a boring dream, then wake up.

Many years ago I used to have notebooks that I would fill with quotes that I had read, snippets of song lyrics, pieces of conversation, poems, etc.  I had left instructions to give the notebooks to a certain friend of mine, in the event of my death. I saw her as the interim caretaker of all that I was.  One of the proverbs that I remember was a very simple one, "We build our houses and then they build us."  I did a search to see if I could find the quote online and didn't come up with an immediate answer, so I quit looking. But the point of the thing, I thought at the time and still do, is that we allow or develop certain structures in our life and then those structures shape us, and we must then conform to the inner logic therein.  We must find a way of functioning within the limitations and design that we ourselves have put in place, and there's really very little that we can do to alter or change the basic structure that we have fostered.

My wife and I are currently beginning the search for a new place to live.  We live in a very cramped apartment, with a small lovable dog.  It has been the place that I have lived longest in life consecutively. 11 years now, soon 12.  It has a strange effect on a person to have lived in such a small space for so long.  It is my refuge but it has also shaped me, perhaps cramped my concept of self and of possibilities.  It has been difficult having my wife move back in here though we've settled into it and gotten used to it now. There was a period of adjustment that was quite trying for both of us, almost as if we were sharing one another's dreams, the apartment being too small to house the dreams of two, some dreams had to be packed away in storage for the winter.  We're becoming ready to unpack some of our winter hopes, though winter is still far from over.  The process begins. The process from which there is no going back. If we have a child I want to name it Pandora, if it's a girl.  Either that, or Helmut Wolfgang, for a girl... and Stiletto Periwinkle for a boy.  I just think they're pretty names....  perhaps Pandora could be a middle name.

Pandora Cusick. Well, maybe we could sit on that one, give it some more thought.  We have time.

The thought of having a child is a great unknown mystery, though virtually everybody around me has done it, and is doing it again.  It is unfortunate that my wife wants one of her own, as they seem so pleasant when sleeping at the homes of others, even if I don't get to name them...  I'm told it's the greatest feeling I'll ever have, but I'm not sure, acid and ecstasy together is pretty amazing too.  I'm told having a child is even better than that, by one who would know. 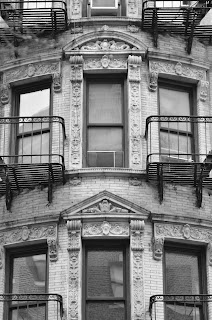