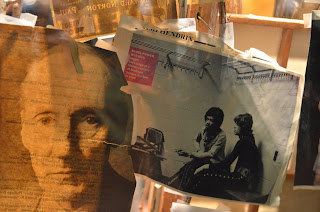 I went out last night after work with two friends, it was to celebrate a 39th birthday, his.  As we were talking we inevitably started discussing age and its effects.  I had an image in my phone of a rock band that still performs after many years and I showed it to them laughing, thinking it was preposterous because the guitar player had his shirt off.  He was never somebody that would have taken his shirt off to make himself appear more attractive, but rather as part of his performance, to represent the very raw and unfiltered nature of it, etc.  I found the image to be hilarious and something to laugh at, they still had reverence for the band and saw it in a different light.  I showed it to a few people and didn't win anybody over to my side of the thing, so I put the picture away.

I said, I can't stand to see my heroes get older, though this rocker was never one of my heroes I did appreciate the tempo of the music they made.  It was perfect for what they were doing.  They claimed that I would still want to go see the band if I had the chance.  I said no, again, I can't stand to see my heroes get old, much less those guys.  The only time I ever really listened to this band was when I was young and they were likewise young along with me, though they were all at least 10 years older than me, or more, at the time.  My friends smiled at me in bemused disbelief.  They seemed to assert that I would go see the band and love every second of it.  I let this peace between us remain, though I did summate by saying that the band seemed to be stuck in a perpetual state of puberty.  Perhaps I am also.

When I woke this morning I said to my wife and our Canadian guest that, old people are nasty, vile creatures, right?  My wife responded as she always done when I say things like this, she said, of course not, but without really qualifying or offering a supporting argument, which makes me think she agrees somewhat. She said that it helps if people gain a little bit of weight as they get older. I thought, yes and losing your hair must help also.

I was kidding a little bit, of course.  I just resist both the idea and the reality of getting old.

Look what it did to these guys.... 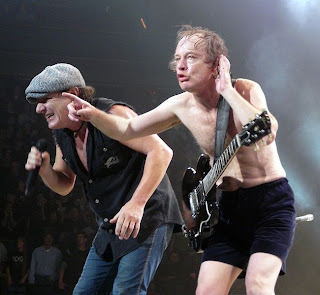