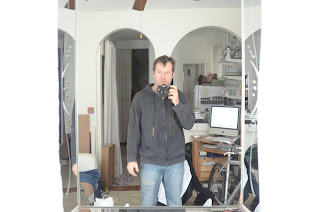 New York is a funny place to live.  I was talking with some friends tonight about the plausibility of moving out of the city.  They were against it, against the negative effect it would have on my urbanity.  We spoke of commute times and transit protocol.  Hidden expenses. The difference between a subway ride and a train ride. Time. We volleyed the words... Suburb.

As I was riding home from their place the taxi driver and I drove up from Tribeca towards the East Village. We passed outdoor parking garages where cars were mechanically hoisted on top of other cars in a vertical grid fashion, a parking lot co-op, of sorts.

I wondered how much of the earth was actually left.  My sensation of the earth for the last 12 years has been greatly skewed by living in and visiting cities, almost exclusively.  I know that the earth must have lost much ground in the last 12 years.  I remember that Sting used to talk or sing about the Amazon rain forest, he probably still does.  I think it was Sting.  It might have been Michael Bolton.

I hope they're on tour together, with Kenny G.  A summer long tour of Central Park, to raise awareness of the effects of aging.


I stopped at a local bar near my apartment and had a beer. When I went into the very familiar bathroom to piss, just before I was leaving, I found a new pen-written declaration on the wall.

I wondered which one of them wrote it. 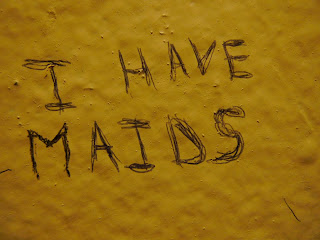