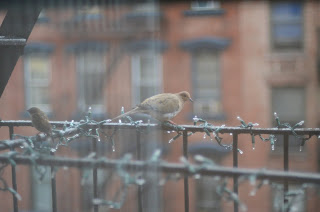 I fear that I have screwed up some other new thing in my life.  By joking about drugs openly I believe I might have scared somebody out of their vacation.  I have a single, one-word response: Ooops.

I'm not sure what yesterday's post was about.  I really do believe there is something to eastern medicine and herbal remedies.  It was the toxins leaving my body, my witch doctor suggested.

It is snowing this morning.  I go to the eye doctor this morning to see what the last 2 years of my life have done to my vision, and to assess the effectiveness of dream therapy on my inner vision.  I'm going to have bifocals installed in my dharma.

I used to be such a nice, well-manered young boy.  Somewhere along the way I became a monster of intake, losing some sense of self that my parents had worked so hard to develop.

No, that doesn't explain it either.

My buddy at selavy once gave me a reasonably simple life-prescription.  He said, try to produce more than you consume.  This is good advice, I think.  At least I thought that it was for many years.  But there really is no way of quantifying or qualifying the differences between the two.  Once I've produced something, a post for example, a well-written one, am I then entitled to consume some intoxicant?  If so, how much?

I understand that what he meant was to spend more of your time producing then consuming, but that's easy also. Most drugs take a second or less to consume while the act of producing can take several minutes, even hours.

I'm not helping myself here at all.  I hope the guy whose vacation I likely ruined doesn't find this post...

I really don't even do drugs any more, most of the time.  But I was an energetic advocate of them for many years.  An independent spokesman doing part-time freelance public relations.


When I was in high school, before I dropped out, there was a girl who sat in my math class, in front of me, on the row to the left.  This girl never spoke a single word, she seemed to have no friends, or was very adept at keeping them hidden.  She certainly didn't talk to me or anybody else that I knew in that class.  For some reason my math teacher began talking about life experience rather than math, which was an odd aside.  But she seized the opportunity to denounce drugs, and talk about how damaging and destructive they are to people's lives.

The young girl spoke the one and only time I ever heard her speak. She said something to the effect of:  This is all such hypocrisy.   We are always told to 'seize the day' and to 'live in the moment', but then we are told to stay away from drugs and prepare for our future, that nothing could be more important.  Some of us are frightened of the future, because the emphasis is always on preparing for it.  Drugs not only allow you to live in the moment, but they demand it.  So, stop filling our heads with conflicting ideas that you clearly don't understand or haven't really thought about.  You're not helping us...

I was astonished.  I spent the rest of the year craving the slightest acknowledgment from her.  She was a budding goddess, filled with supernatural powers.  This was a woman of genuine capacity, I dreamt.

She was right, of course.  Not about the validity of doing drugs, that they allow you to live truly in the moment, but that we were constantly being fed competing and opposing messages by people who were seemingly incapable of understanding the effects of this.

It was a world of rigid dogma, doctrine that left us in want of otherness, of anything else. It created a world that was fertile for disaster. At the cost of structure some of us found that otherness, those differences, that disaster. 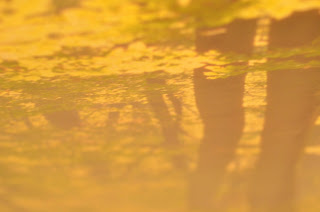