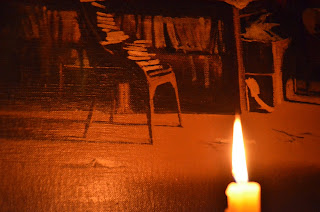 I rarely have the time to just sit and read the way that I used to many years ago.  I romanticized the act and art of reading then.  I would envision myself sitting by candlelight and reading through the summer nights, translations of Lorca and Rimbaud.  Now I simply romanticize having the time to read rather than the candlelit setting in which I might do so.  I have bemoaned New York living much and often here, but this life does not easily lend itself to solitude and continued concentration.  New York lends itself to many things, but tranquility is not one of them.

It is not just New York that keeps me from reading though.  It is the changing structure of my life. My values have shifted and I have to struggle to subsist.  I used to have a life of moderate leisure.  I could spend my days doing as I pleased with enough resources to pursue either interests or trouble, sometimes both.

I suspect there will be little return to that barely remembered state.

I have all but given up on The Count of Monte Cristo.  It is literature, I guess, but it does not stir me.  It simply isn't engaging my sensibilities the way that more serious works do.  I feel as if I'm reading the 1st draft of a runaway film treatment, one that is waiting to be edited down to a shooting script.  The characters are merely types and the plot twists are rigid, forced and predictable.  I suppose it could be said that perhaps it only seems that way to me because the plot is so well known and often imitated that I know many of the devices beforehand, because of its success.  This hardly matters to me and that is far from its only failing, for me.  I have become bored by it.  I am disappointed because a few suggested it so highly and embrace it so lovingly.  I will give one more honest attempt at it and hope that imagination and adventure alone will carry it.


I just want time to play the guitar and experiment with my camera, and even more so: the flash that I bought with it.  There is much to learn, and re-learn.  I wonder where I'll get the time.  As I sit here and write these words I reflect on all the lost months and years of my life, almost too many to count.  Too many to count peacefully anyway. There is a bum downstairs screaming at the morning sun and its intrusive rays.  His invectives darting up through the window with winter crispness.  He is on fire for something unsure, an un-grasped theme seems to run through his barely coherent ramblings. He works his way around and through his inflamed ideas as the sirens of the firetrucks drift both far and near. The dopplers switching forever towards us and then back again, as if tides on the great cry of oceans, and he merely Sinbad the sailor... awoken by fate, imprisoned in a foul and testy mood once more... 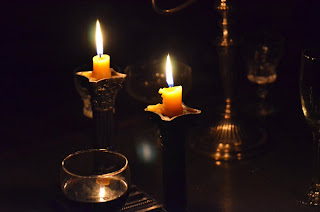