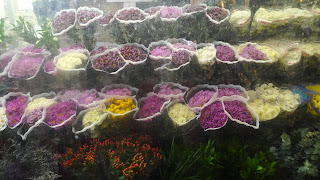 Nothing new. The headaches have passed. I have partially made it through the dual wormholes of impulse and habit.  The thought of a cold glass of beer when I get home at night is still a distant siren's call, but nothing terrible has happened to me yet because I haven't had a beer.  I feel okay.  I don't miss coffee as much as I had thought that I might, though I believe that's where the headaches were coming from, the body's craving of the murky stuff.

Nothing has improved in my life yet though.  I haven't slept much better, nor do I have any excess energy during the day, nor has my sex life improved, nor my vision, nor my writing skills, northern woes nor narwhals.... though not Narnia.... never Narnia.... ever.

Ok, that's where my head's at without coffee and the lingering effects of a few late night beers.

I wish that I had picked up smoking along the way, I could talk about that as well.  There is nothing more dull than listening to somebody talk about their attempts to give up smoking, except perhaps listening to other people relay their dreams, or their experiences giving up coffee and beer...

So, the new rule of writing: leave out the boring stuff, like Narnia.
Posted by Sean Q6 at 7:26 AM