When The Mockingbird Hums 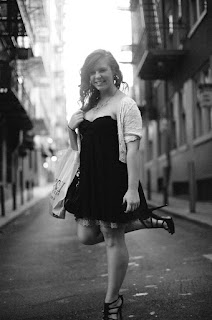 
I've probably told this story before...

He and I met after I dropped out of high school. I attended the adult high school that was part of the local college. He had heard from a friend of his who was also my teacher that I was reading a collection of poems by Rimbaud. He walked up beside me one day and casually asked about "Rambo." I didn't realize that this was a much closer approximation to how the poet's name was pronounced than mine - "Rimbod."

I figured it all out soon enough, and was quite relieved that he was not trying to start a casual conversation about Sylvester Stallone's movie in which America gets to pretend it won the Vietnam war, ex post facto, through sheer bloodlust, fierce individualism, and jungle knives designed to eviscerate those on the wrong end. It was a way of claiming that America was superior at guerrilla warfare, no matter what the actual wartime losses might have suggested in that regard. The film had only been released a handful of years before this encounter and maybe a sequel was in the demented ether of the time. Blood of one kind or another seemed fresh on everybody's mind.

Somehow an underdog boxer from Philly could also be a distraught vet whose struggle was meant to echo our own, etc. There had been a misunderstanding. Something about drawing first blood, and how spiritually repulsive such a thing is to the noble mind of all Americans. We are silly in our own admissions, most of all that we seem unaware of them as they are happening.

I was either 16 or 17 at the time; I'll be 50 this year. So two generations have been born and given their fair shot at ruining the world in the interim, maybe more. Age is becoming so much more granular with access to an internet that can perform the requisite basic math for everybody. I am impressed with some of the recent generation's efforts, dismayed at others. I sit, like many others my age, discomposed in the purgatory of Generation-X detention - suspended somewhere between despising boomers and regarding Uber with the suspicion of repressed fascination.

It turns out that knowing how to program a VCR to record an upcoming show truly was useless knowledge. We were told that Billy Idol would never spend his time this way and so we experienced the authentic technological shame and superiority that comes with knowing things. My generation still seems mildly bitter about it, like coffee that's sat out too long and now needs some microwaving. We had to get out of our cars and walk into record stores to find out about punk rock. We never quite recovered from the indignity of being and remaining obscure.

The first time I had a chance to get to know CS was when I was in an environment in which he was expected to dispense wisdom, a wisdom which I sought mostly to undermine. He told me about writers he liked - Bukowski was among them - and I would sit and ignore him while reading poems under a desk with my then girlfriend, Amy. Mockingbird Wish Me Luck.

She and I met as young people often do, through the hormones surging in our systems that acted as a catalyst to chance.

In my car that first night she lifted her shirt in an attempt to explain to me why I would find her hideous. This was in advance of the sex we were preparing ourselves to have. She wanted to show me something before I saw her naked, where I might become confused or repulsed. She did all of this without yet using the words and phrases that would help me understand - pregnant, adopted the child away, there are stretch marks, etc. - so, I was left to first believe that maybe she had been in a fire that somehow only affected the skin on her abdomen. I strained to see and touch her flesh, and tried to understand her shame while not needing to understand. I wanted so badly to console her with my wanting of her. To heal her pain sincerely, right then, with desire. I would have atoned for any suffering within my power.

It was too dark in the car. All that I could be sure of was that she was very insecure about a deformity of some sort. She needed to present me with an escape option, because afterwards there would need to be less of that. This understanding was and still is implicit. I didn't want to escape. I didn't. Her family treated me as if I was part of it for the next year until she and I eventually broke up. I liked them all very much - smart hippies. They had good books on shelves in their house and overflowing into the garage, where Amy and I would flip through old copies of The Whole Earth Catalog, The Anarchist Cookbook, The Village Voice, and volumes of poetry and prose by mostly beatnik writers, and those poets and writers whom the beatniks embraced or adored.

Once when I was going to her house I started my car and the opening arpeggiated chords from Stairway to Heaven began playing, broadcast from the local rock station. The song lasted until I pulled up to her driveway and turned the car off, it being the only thing I heard on the drive, which must have lasted about 8 minutes and 2 seconds. It lent some credence to the notion that Zep was magical.

Once, she and I wanted to have sex so badly we ended up in a school playground, one of those Florida "pod schools." There was an entranceway to one of the pods that offered some semblance of privacy and she prepared herself by lying down with her legs splayed, her jeans underneath her head as a pillow. I prepared before her, nude, on my knees, leaning in and ready to approximate pushups.

By the time we were done, a handful of orgasms each later, my knees were bleeding lightly as was her lower back where the friction and motion of our combined youth evidenced flesh that had been worn past its surface. Each left with our own soft road-rash of young love, as if we happened to have just come to a stop there after a long and unexpected bit of skidding. The opposite was closer to the truth.  Those strawberries were the beginning of a takeoff of sorts that would not end, quite, but has slowed down considerably in the last handful of years. Perhaps the result of a different child born under different circumstances.

I loved Amy and always have, still do. She is one of the few girlfriends that I have exclusively fond and tender memories of. We used to go to independently owned book and music stores to find early copies of artists that would later become very popular. For her: Suzanne Vega. For me: Bukowski.

What does all of this have to do with CS? Very little, I guess.

Amy's child was not the baby of the boyfriend she had at the time, the one just before me, a guy named Joe. They broke up over it, unsurprisingly, and CS happened to also be friends with that ex-boyfriend. A guy I am never quite sure if I met or not.

He moved to California to be a writer many decades ago. So, you know, he was out of the picture. 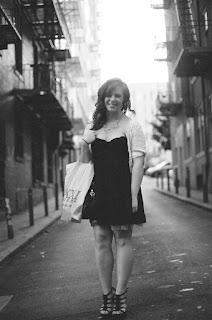