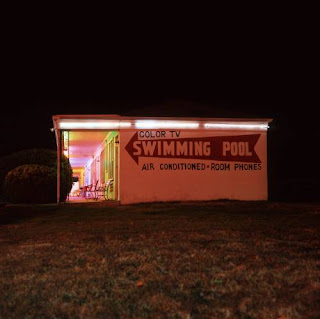 Well, today concludes the first week of my sabbatical. This free time to lounge will not last, like watching sponge water evaporate from a chalkboard. I haven't even created a list of things that I'd like to get done yet. That must have been one of the things recently written in chalk, now wiped away. My fear is that making a list might only result in feelings of guilt, and who needs that?

I'll tell you this: waking up and having nothing specific to do is glorious. I'm lying around the house listening to music, smoking pot like I'm in my 20s. I got so high yesterday that I was struggling to maintain equilibrium when I would get up from sitting or lying down. I can hardly remember the subject of the paragraph that I thought I was reading but I'm happy and relatively stress free. I'm not entirely sure that I even did read anything yesterday.

No comedian has ever successfully separated heresy from laughter. But they get old, you know, so they try and try. Old people are hideous. There should be some way of stopping them.

I just read an interview that explored how one artist's criticism of the LGBT community centered around the seeming desire to appeal to the hetero-community in their ability to emulate or create the healthy nuclear family. They have tried to demonstrate success in what they are also defining as a system that is and has been oppressive towards them.

Why? the interviewee asked.

That's it! I thought. Brilliant. I just needed to be reminded of the outsider's voice again. Everyone is claiming outsidership, mostly from a comfortable spot of advantage. That's why so many people just aren't buying it. It's bullshit to define yourself through negation. The fringes were never meant to be so crowded.

It's a part of what I can't stand about the claims of so many groups. They wish to hold their oppressors responsible but then they also want their oppressors to supply the basic building materials for their liberation. It's like listening to a bunch of spoiled teenagers. Everything is owed to them by the very people they claim the most significant damage from. Why the fuck aren't all of these movements focused solely on the DIY spirit? Stop pretending that anything is owed to you. Do it yourself or shut the fuck up.

How are we supposed to dismantle patriarchy without dad's help? The open question lingers.

We've long known that women would offer a vastly improved and streamlined management of the patriarchy. They're currently working on assembling their transition team.

I want to shoot a documentary on really fucked up non-traditional families. Where alternative families adopt kids and it turns out to be the worst decision they've ever made. It tears them apart and forces them to question their values anew, often from the bottom of a drug well in the shape of a broken vodka bottle. It would explore the struggles they have aligning their values with their newly accepted responsibilities, and how trying to fix your own family issues with a new one made of your own design is perhaps not best approached through the repetition of failure. How they now feel trapped in a life that was supposed to bring them joy, understanding, and love.

What they really wanted, like almost everybody who has ever lived and breathed, is both independence and approval. Mine would be an exploitative exploration of the pain in realizing how nearly impossible it is to have a genuine version of both.

It could be called, I Learned It From Watching You.

Too many people seem to have forgotten that life is painful and hard for everybody. Smugness or disinterestedness as a response to claims of oppression is not validity of the oppression, but possibly only the inarticulate internal registering of one's own failed sense of life and living. When we discuss toxic masculinity, do you really think that struggling and failing at creating an adequate non-traditional family life is going to result in all smiles, sunshine, and rainbows?

Oh look, our mommies get toxic too!

No, straight people can't be the only ones to fail at making families. They're just the ones that are famous for it. They have lent their legitimacy to the actualization of their problems.

There seems to be a persistent belief that everybody else's life is either much easier - which obviously warrants derision - or is deserving only of our empathy and support, whatever that second word means. I love all the sensitive online peoples - their well meaning condescension and ever persistent reminders of what being a good person really is all about. They tickle me silly.

Well, their hearts are certainly in the left place.

Social media is in part the struggle to find or assert one's position in the hierarchy of perceived need and rewards. The result is, of course, just a miasmic cesspool of virtuous whining, or the odiousness of public indifference. Yes, people suffer and struggle. When did we collectively adopt the idea that your own is less merited than that of others, and oddly based on the very arbitrary distinctions that we have all agreed should never be a determining factor anyways?

I give up. Getting older makes you more aware of things that you wish you weren't. "Tone Deaf" is still the phrase for it. It means: the unsightly ghost of wrinkled opinions past. Being a good liberal used to require some basic study or understanding of the history of liberal ideas. The only requirement now is an ability to denounce all of them as being flawed and insufficient. Most seem proud of this historical cannibalization, measuring their value by distance from so much well-meaning folly. It's the only way to become even "more right" on any given issue.

The past has got to fucking go....

There's no valid argument for the persistence of humanity. None, that I know of anyway. The entire thing is self-reflexively predicated on what a tragedy it would be if it was all lost. This, strung loosely around collected notions of the beauty or fragility of life, or maybe that children are our future, or something equally inane. Our place in the universe should render our understanding of ourselves as insignificant, but it doesn't. Quite the opposite. They just make the claim as self-evident, against all self-evidence. So, maybe the sun is running out of hydrogen and will start gobbling up helium any second now. I don't know. I've given up.

I stare at the sun and it just stares back.

Maybe this is just how one views the mess of life's carnage from the modest hill of middle age - the increased vision that accompanies loss of hearing through tone deafness. Is it just an observation that arrives naturally over the decades: that everybody seems pissed off that life isn't any easier for them. I really feel like a dad now. I want to scream at people, that nobody owes them anything and nobody gives a shit that they feel differently about that fact. Nobody's stopping you from doing something that you need to do. Most of those near you would help if you only showed some little hint of effort. Nobody is actually holding you down. If so, then answer one question specifically: What's their name? If there isn't one then you just might be a slave to the bogeyman.

I guess I could be wrong, also. I avoid screaming whenever possible.

The social currency we exchange has shifted from the conversation of love and understanding to claims of authenticity concerning suffering. To show concern for another's torment is a tricky business - too much is condescension, not enough is persecution. So difficult to strike that elusive balance that will magically validate the lives and histories of others, to provide their pain with its pedigree.