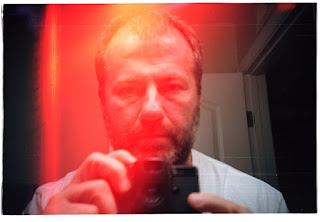 Yes, we went to Valentine's Day dinner with our boy. We weren't alone. The restaurant that we chose, one acceptably close to us, was filled with other families who thought similarly and brought their own kids. Who knows why, beyond the obvious. Babysitters are expensive and everybody wants their own love on the day set aside for it. Their special squeeze, young girls of babysitting age maybe most of all.

Who knows, we might not be allowed to notice the blossoming of sexuality in youth any more. We are reminded that the old natural is the new affront. It is the new natural that must be embraced. Always there are new morals to adjust to, an ethical hearkening to more civil times, advanced by those who must know. We have people openly walking into schools with semi-automatic rifles and shooting down scores of scared children, but to mention that those same kids are experiencing their sexual awakening is an egregious insult to the contemporary mind.

We've heard it all before. America doesn't have a gun problem. It must be something else unique to the American character. The guns are incidental and could not possibly explain the numbers. There must be an invisible variable involved that we have yet to discover. This, in plain sight of what might otherwise be considered rational people. If only we could demonstrate that these killings were contagious, which they clearly are. They jump from host meme to host meme to infection, spread by direct and incidental contact.

There is something more powerful than the NRA: voting elected representatives out of office. Don't tell, it's America's littlest secret: the democratic vote.

It's not a subject that is worth tackling any more and probably never will be. It's barely a problem worth shooting at from a highway overpass. As a nation, we've done nothing. If I could piss on the faces of the people talking, then I would for you.

It's been a long time, too long really, since I've pissed one someone's face. Let's revisit that issue when I tell the story of the ex-girlfriend from yesterday's post. As long as I don't use names or provide chronological hints then I should get away with retelling stories that I find of adequate interest and merit. At 49 years of age it would be impossible for most readers to know if what I describe happened in the 80s or last year. It is one of the few joys of aging, concealing facets and facts within the folds of the decades.

I've had people try to tell me before that I have no right to relay the details of my own life here. There are things that are private, I've been told. To a degree, sure. Everything is so tender, exceptional, and personal until it's time to fill out the police report.

Can you imagine R. Kelly's surprise when an allegedly intimate moment between himself and a consensual child became public. That girl, or her bitter caretakers, violated the sacred bond that exists between a grown man's urine and someone's face. In some cultures it is thought to have magical recuperative powers. He might have been in a shamanic trance and was trying to christen her, to cleanse her of evil, but without need of leeches. There are a lot of things that we still don't understand about urine and the role that it plays in magic.

He was found not guilty on all 14 charges, yet people still treat him like he's Woody Allen. Not guilty is similar to being innocent, except you are of course stripped of some reasonable doubt in the process. In America we have the presumption of innocence until proven video.

Listening to people discuss Woody Allen can somehow be both interesting and tedious. They say all of the wrong things, proving that they don't know how to think. For some reason it is important for people to dispense their opinions of him as a person, which keeps his films mostly safe, secluded from the blinding lights of their wit. Morality is the enemy of thought. Virtue is the vague idea that there exists invisible behavioral doctrines that can not be politely questioned. They can only be overthrown with rudeness and repeated transgressions. Luckily the Many Moms of Facebook are out there acting as flying buttresses to the ever crumbling cathedrals of rectitude.

Some of the most unpleasant people I have ever met tirelessly advocate for the ornaments of etiquette. Manners. Always their manners, which are superior to yours, otherwise they wouldn't have been forced to bring it up at all.

What did Emerson say: A foolish consistency is the hobgoblin of little minds. Well, he wasn't discussing manners there, but I often dawdle in the territory of the implicit.

Why can't people study the films of Ron Howard instead of that nasty little reprobate, Allen? Howard's a nice enough fellow, no scandals that we know of. Instead of R. Kelly maybe people could enjoy the later albums of Elton John. Sure, EJ had his problems back in the flying Donald Duck days, but that's all behind him now. He was trying to find himself.

I don't get it. People seem drawn to complications like moths to a light, spree shooters to children, and parched tourists to Italian fountains. 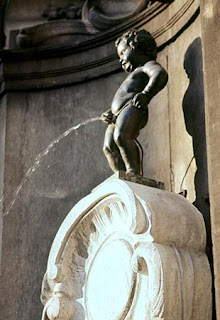 Ralph goes on to say more, of course:

A foolish consistency is the hobgoblin of little minds, adored by little statesmen and philosophers and divines. With consistency a great soul has simply nothing to do. He may as well concern himself with his shadow on the wall. Speak what you think now in hard words, and to-morrow speak what to-morrow thinks in hard words again, though it contradict every thing you said to-day. — 'Ah, so you shall be sure to be misunderstood.' — Is it so bad, then, to be misunderstood? Pythagoras was misunderstood, and Socrates, and Jesus, and Luther, and Copernicus, and Galileo, and Newton, and every pure and wise spirit that ever took flesh.

I do not believe, however, that he was proposing erraticism here as a guiding principle, either.