... something left to lose 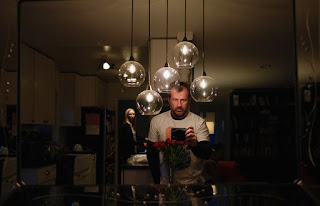 Not sure what I was thinking. I woke up very early, came out to my living room, sat down at my computer with half a pot of coffee in a single mug, then put on a Klaxons album.

Poor choice. No idea why I did it.

I bought the largest iPhone made - 256 GB - but it's not enough. I am forced to periodically go through and delete albums that I know I'll one day regret not having with me everywhere I go. There are rarely times in my life that I get to enjoy listening to music, much less full albums that are either obscure or less than what might be considered my favorites by artists like... I don't know, say: Neil Young. None of that matters to someone like me. I know how easily the mood can strike to become frustrated that I don't have with me an album that I've never heard before by an artist that I have.

Like: The Monsanto Years. Do I need to hear Neil Young tell me that he thinks Monsanto is bad? Or worse, why he thinks they are bad, for a full album? Maybe, but probably not. Why do I need twenty-five Neil Young albums on my phone? I guess I don't. But neither do I need lots of things in my life. It would make sense for me to delete the fifteen Young albums that I've heard twenty thousand times or more and leave the ones I'm unfamiliar with. But am I ever going to be caught somewhere without Rust Never Sleeps?

The sabbatical is starting to drive me a little bit nuts. I thought that I would have (almost) nothing but free leisure time stretched before me like a sultan's feast, tent curtains blowing lazily in the evening desert winds, music being played softly in the corner, belly dancers, hookahs, magic carpets, etc. But parents don't get to live as nomads. Or rather, parents with my income do not. Wandering the Arabian deserts with soon to be pregnant gypsies is a potential danger sign in men my age.


It's been a painful realization but I'm already at the point where I should probably just go back to work, though I don't want to. Freedom is for people well above or well below my current tax bracket. You have to have either nothing or nothing to worry about to feel free. Ask Janis Joplin, she'll tell you - nothing left to lose - all of that.

With expendable income then I would at least have a legitimate reason to feel robbed of my time. To feel that way from only co-parenting a single child makes it too easy for me to blame the presence of the child for my feelings. I'd much rather be able to blame a job than have to confront that. Loving a child is not the same as detesting the responsibilities of parenting, unless that's all you ever feel or outwardly express. Then those two things might merge and interact poorly, becoming indistinguishable. There should be some happiness in caring for others. I say that without needing to convince myself of the fact.

I have never been so exhausted since becoming a father, and exhaustion used to be my specialty.

Before I went on sabbatical I was not unhappy.

Having to live by anybody else's schedule, though, is complete and utter bullshit. Doesn't matter if it's a job, child, girlfriend, or wife, most of all if you have all of those things. They suck the time away from your life as sunlight evaporates moisture from the desert. It all just disappears upwards, invisibly, lost into the pure sunshine and warmth that is the joy of having a family.

When people say that they enjoy sunshine they mean that they enjoy nice places on the earth where the sun is shining around them. The many fans of sunshine do not much care for the shadeless desert, you'll find. Few things can be crueler than the sun in life and death.

Rain. People enjoy listening to it outside when they are lounging comfortably in their houses, like cats napping by a window. Put the cat out in the yard during a thunderstorm if you wish to understand how I feel right now.

When it comes to rain... I suppose there are also the people who were recently left by their lovers. Those people do seem to like to manically dance in the rain for about a week or so, barefoot, drunk, until they get hookworm and have to go to an ambulatory care clinic, wanting so badly to text that ex-lover and tell them how they ended up at this fresh new place in life: I'm so happy dancing in the rain now. Thought you'd want to know. xx

Smart phones have ruined two things for me: pushing people into swimming pools unexpectedly and walking in the rain.

There was a time when walking in the rain might have started out as being uninvited but would end as somehow reassuringly pleasant, depending on temperature and what you're wearing. Since the advent of financed phones it's mostly a worrisome personal expense and a guaranteed set of errands that nobody really wants to have. Like, putting 256 GB of music back on your phone and having to decide on whether Monsanto makes the cut.


I just dropped the boy off at school and tried to call Rachel to relay some of this wisdom to her, though in a very abbreviated form, spoken through the strained invective of mild frustration. I do not believe that I did a good job at being a communicator there.

I've said it here before, but let me restate it once again: I love Rachel very much. We've had more bumps in our relationship than most would invite, care for, or allow, but we work together so much better now. We finally found a common cause we both believe in. She is a very good mother.

Mothers are the nearly indefatigable warriors of parenting. I don't see how she does it. I could not do most of this without her. I know that is among the most commonplace things that can possibly be said by a man in my position, but mothers are where so much of the magic of family happens. Sure, employed fathers are great to have around after work and on the weekends, but not all of the time. Among the worst combination of things that a reasonably normal father can be is unemployed and distant. Uselessness is exponential in the hearts of others.

Am I entering sexist territory here? I hope so. After yesterday's post praising the mysterious folds of the velvety yoga delta I should be careful when assigning gender role preferences here today.

My mom didn't work and I preferred it that way. Don't worry, I'm careful not to say that to any young girls whose minds might become polluted with patriarchy. If I made enough money for us then I wouldn't mind it at all if Rachel chose to stay home and be a mom. Fuck, if I had enough money then I'd have a few women at home, or homes and condos, and all of them pregnant. Are we allowed to say that? I'm sure there is a way to improve my preference phrasing, but I don't have the time for researching the latest in behavioral updates this morning. I support extra-omni-social-equality. I want all of my wives to be equal.

There should be a website where people can paste their sentences and an algorithm would tell them what they should have written. I mean, of course there is, but there's no single URL for it.

I think men should sit at home for four hundred years formulating a well thought out criticism of the matriarchy.

Now, I'm certain that we're not allowed to say that.

And you know what else, I take it back... I would want one wife to be my favorite. I'm a romantic. It would be the blonde.

Yesterday, I barely had time to go to the gym. Seriously. I had to take Rhys to school in the morning, rush home to take a nap because I had woken up the same time that I did today, walk the dog, feed myself, then make it to a dentist appointment. That was it. My day was over. I bought two salmon filets and asparagus for dinner but instead gave the boy reheated butter noodles and fell asleep on the couch while he watched a movie. Mom came over and I barely remember seeing her. She must have handled the logistics of the late evening, which began around 7pm.

Today will be the same. I have to take the boy to school and I'll be picking him up this afternoon. Most people who look at that schedule would find seven to eight hours of freedom in there, but it's not real. It's a mirage in the shape of a furlough. It ends up only being about two hours of actual time to myself spent wandering the open prison yard. At least once you factor in not doing anything at all for the other six hours, because, you know: I have to pick the boy up later.

Some people will read this and blame me for not spending my time more wisely, but that's the thing: free time can not be spent wisely for it to be free. If you're having to spend anything wisely then it has already been ruined by the limitations of its own constraints. There is no such thing as the freedom of frugality. There is only the freedom from it. 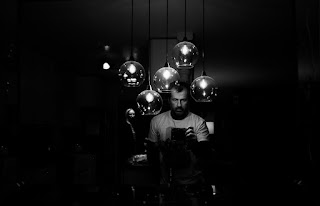