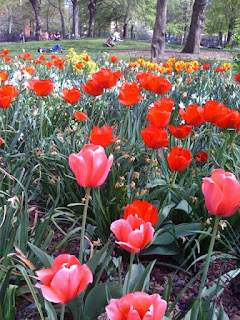 Okay, maybe I was wrong about those kids playing basketball the other day, or maybe I simply "read" them poorly. I saw a couple of them playing again yesterday along with a few others. They were all nice and friendly kids once they had met me and now recognize me. This leads me to believe that maybe they're just normal, shy boys. Or rather, young men.

After yesterday's post - which I had initially intended to be about basketball in general - I felt a little bit bad after seeing them again and realizing that they're maybe just at that self-effacing age between adolescence and early manhood. Who knows, maybe one of them will stab me later today to celebrate their release from jail.

We sure do live in crazy times.

I joined a real gym yesterday, sort of. I didn't sign a contract, but I did pay a $25 signup fee and began a month-to-month membership. The old days of working out at "Juan's place" are over. Another guy bought the gym and is hoping to re-open soon but I may already be in love with my posh new gym where there are women exercising in what might be described as vulvatastic yoga pants. It helps me focus on exercising to be able to see the contours of a woman's sexual organs. It reminds me why fitness is so important. The bifurcated fleshy portion of a woman's delta region is of lifelong personal fascination and yet less than scientific inquiry.

Who knows, I just might miss the sights, sounds, and smells of my dirty old boxing gym. The machines were falling apart, some of them even dangerous, the paint on the floor and walls was never meant to be taken seriously, and even the lead dumbbells seemed bruised. But it was where I felt most comfortable. I liked that I could go early in the morning and have the place pretty much to myself. I had my own locker and the dues were cheap - $35. Now, I might actually need to do the paperwork to get my job to pay for my membership, as the fees have almost doubled. The new place is able to provide me with a billing statement, though, which is a novelty from paying cash directly to the owner every month.

Well, I wrote a few paragraphs about a local woman who I regularly see that wears daughter-sized yoga pants. When she removes them I imagine them to be about the width and length of a microfiber cloth folded in two, or maybe a tandem finger puppet. I should ask her one day if I can clean my glasses with them, to help me see more. The nearly phosphorescent outline of her vagina seems to be the main consideration in her buying choices. Well, it is the second most prominent feature in her stretchy pants, behind her thunder-butt. Well, it's technically in front of her butt if you're facing her, but you get the idea.

A woman's labia is at the center of the yoga pants universe. A beautiful delta-shaped galaxy wrapped tightly in a cervical slingshot but always with a tremendous personality - friendly, outgoing, and most of all: healthy. Few articles of clothing seem to suggest a recent gynecological examination more completely or more magically. Women seem to love publicly advertising the "open for business" nature of their receiving departments, sometimes entirely irrespective of reservation availability. To me, every woman seems like a velvet-roped VIP area - all softness, luxury, and much begging for entrance.

And why not, really?

Men are afraid that any talk of yoga pants runs a risk of them being frowned upon. Impossible to comprehend, I know, but the world is filled with all manner of misdirected confusion. Men well know what happens once any secret joy becomes a public discussion. For every pleasure there emerges a moral claim which attempts to erase its existence. So few people seem willing to assert the basic goodness of natural pleasures, while there is never any shortage in what we are expected to believe is the requirement of ethical outspokenness.

In any event, I invite no confusion today concerning the forthrightness of her Virginia O'Keefe, nor of my opinion on the manner of its distinguished messaging. I will always be pro-illustriousness in this matter. Let's just have a quick look and see what it is, precisely, that we're talking about here.


I deleted the previous passages because I realized that writing about a woman's ongoing vitality exhibition might become problematic for me, though I could not silence my fingers completely concerning the fascinating marvel that sits at the center of her unknown universe.

Sex is best - and made possible for me - when free of the troubles that accompany this stripe of observational analysis of another. It might not require very much amateur sleuthing to discover the object of my subject. Or, would that be the subject of her object?