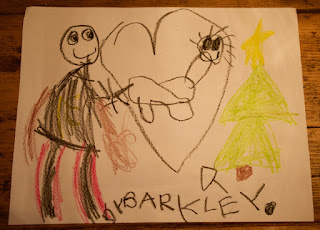 A break from social media should be a part of my sabbatical, also. It has been nearly ten uninterrupted years of being fervently social. I am beginning to lose the memory of what the other world was like - its loneliness, or is it rather only solace? - and I want parts of it back. If I just delete the Facebook app from my phone and close that browser tab after logging out then I should be good, but I also know that I can not be trusted, and become easily misguided.

I'm thinking about maybe traveling a little bit also. I don't know where, it would need to be relatively local, I think, but am considering options. Maybe taking the time off in the winter was not the best option, but it was the one that presented itself. Maybe I'll get a tattoo and learn to play the accordion, or have my fingerprints sanded off after I steal a car and head for the Canadian border, never to be heard playing the violin again...

Yesterday, at a Super Bowl party, a friend told me that if she didn't know me then she would suspect that perhaps I was being serious on this site. It is funny, to think that people take each other seriously. It's the source, perhaps, of far too many problems. What is there to take seriously about another person's thoughts? Very little. I mean sure, people deserve basic respect and to be free from tyranny, but as soon as they start espousing, as I do here, then that's a perfectly good time to turn off the concerns, as those other needs have hopefully already been met, pre-opining.

I guess it depends on your definition of tyranny and any of these words: respect, basic, deserve.

And yes of course, nobody should be the victim of unprovoked harassment. If I ever argued for sexual harassment here then I am sorry, I was wrong. I had mistakenly believed that to be a component of traditional affection, or ardor. I see now that it is not a strict requirement of love. It is only acceptable within the confines of a consensual relationship, where it becomes your romantic responsibility to try to put your thumb in your lover's butt when she's sleeping. Women simply adore this sort of romantic pestering. It's not harassment, it's foreplay about half of the time.

With love, one must always keep their eye on the ratios.

As for agreeing with people on social media:

People, I have found, are mostly full of shit. They want you to agree with them so badly because they're not very certain. They need confirmation and reification, mostly, and with some people I'm happy to oblige. Then of course there are the others, the willfully wrong, the adamants.

In any event, Facebook will survive without me disagreeing with, and disparaging, their good members and participants for a while. You can sense how much people on that platform need to believe not only in their own sensibilities but also in their desire to have others concede agreement to their sensibilities. It is the very premise of the thing. Vague or acute emotional or intellectual hostility is the common result of conversation now. Life has become like an unending Thanksgiving dinner - everybody is so grateful to finally have the conversations they've dreaded.

I hold with caution those people who are only confused or angered by the absurd. It's a strong indicator that they demand a sensible world and those people are dangerous to me - they are the ideologues, the literalists, the zealots of self-held fundamental truths. It is not enough for them to suspect or believe, they must crush your suspicions and bring your beliefs to the point of surrender. Inquiry gives its way to inquisition.

I know, because that's mostly all that I care to do: shame people for their uncertainties. Or even worse: humiliate them for their confident convictions.

That's what I always say, Fuck the believers!

It is one of life's enduring mysteries: the faulty opinions of others.

Can't science fix this? Whomever and wherever the scientists are, they need to pull their thumb out and do something useful for once, like demonstrate how wrong and stupid other people are. What are they getting paid for, anyway?

I probably should write here more seriously, though. How will I otherwise ever expect to transcend the meaningless of my time? What legacy will I leave to my sole progeny, only page after page of orchestrated gibberish?

God, I hope so. He has already surpassed me in basic compositional arrangement (see above).

CS had an interesting faux challenge a few months back that I took very seriously: write down your morals and try to live by them for a week, keeping record of when you failed. If that exercise doesn't disabuse you of any notions of consistency in moral dignity then I don't know what will.

I tried to do it, couldn't even finish the list before I had shamefully transgressed myself. My morals can't even agree with each another.

I am one of those lonely souls that has competing virtues. That is, when I'm not too busy fending off my many victorious vices.

When I have to choose between two evils, I always try to pick the one I haven't tried before. 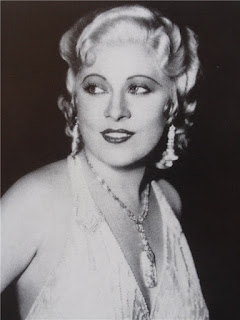