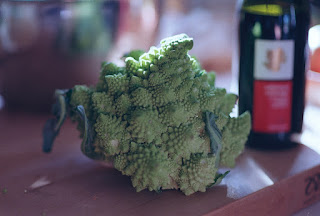 A long walk up into the hills - any subject and predicate that have some appeal. That's what is needed, some time away from people, from others. Nearing fifty is an odd place and age to be. I still have just enough desire to contend points, but am gripped with the increasing futility of it all. Before the grace of void, there go I. A fool and his time are soon startled.

My mind is cluttered with too much nonsense. Always. I barely remember the analog world - reading and listening to records, waiting around the house for the phone to ring, the one that carried an actual electrical charge.

I remember one time at mine and my girlfriend's house - Honey - her father came over. He was retired from AT&T and we were looking at the phone lines and he told me to hold one of the lines. I knew that I was being duped, but was curious enough. After a few seconds I was given a little shock, one which caused me to jump, startled. He laughed. I asked if that was because a call was coming through. He explained that the line has periodic charges sent down it as part of how it functions, that an actual phone call would have been an even greater shock.

Afterwards, I walked around thinking of those intermittent charges running back and forth all over, under the ground, anywhere from half to almost the speed of light, in the lines hung above, into the houses, along the streets, everywhere there were bursts of power moving. The idea of electromagnetic waves moving everywhere appealed to me for years, periodic bursts of power moving along its conductive path, electrons trailing far behind, moving through those same lines, somehow being left behind in the current, separated even from the pattern of information being carried, also somehow being the only thing that can be felt by human hands.

So, a long walk up into the hills; some subject, some predicate.
Nothing more. Nothing shocking.

Maybe a clause, a poetic phrase, some last desperate attempt at a modifier.
A run-on string of maybes.