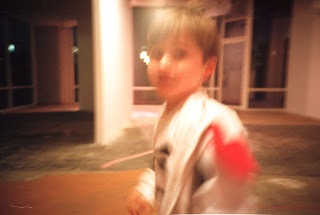 The sabbatical has begun but I wouldn't quite know it yet. My body and spirit have not quite caught up to the idea. It seems just like any other weekend. Work takes so much out of you that you slide into a weekend as a short landing strip of recovery, not really coming to a stop until Sunday, if you're lucky, where you must prepare to return to the maelstrom of employment. Licking wounds and paying taxes.

It feels almost like being surrounded in a fight by the weekdays, whenever you get too close to surrender you are pushed back into the circle where victory is impossible and defeat is always delayed. We are all a bit like Cool Hand Luke, or so we wish to believe. Rebels Within A  Clause.

Well, that's a bit dramatic. It is a three day weekend, so maybe I'll feel as I expected to, or more so, tomorrow. For today there is still just the regular sensation of time that slips by too quickly, much more so than a weekday, over as soon as you have thought of it. If you do not have a plan for the day before noon then the gods and goddesses of time revoke your feeling of freedom. Also, as much as I love my son, having him this weekend has added to the feeling that I am still somehow "on duty." When I wake up Tuesday and the boy is not here, there will be nothing to do. Then I'll have to produce some sort of response for my existential predicament.

One of my vague goals of this time off was to lose some weight. I believed that a more regimented diet might be possible if I just focused strictly on the limited time and and numeric weight loss goal. A modest target - 15 pounds in six weeks. That should be easy enough, and would have put me just about at 200 pounds by the time it's over. Except that I got sick the week before it started and I ate comfort food to heal myself, lots of it and chocolate, and ended up fatter that I had hoped going into this period by about 5 pounds. So, now I'll need to lose 3 pounds each week, for 6 weeks consecutively. Or, 3.point something...

I'm currently baking a rasher of bacon, to see if that helps. I didn't sprinkle brown sugar on it, as I love to do, so I'm doing my part. Nobody has yet to include candied bacon in any of the diet suggestions that I listen to.

Okay, I have spent the night arguing with an assault rifle advocate, one who seems to believe that he might one day need to lead an insurrection against the government, and that is somehow more important than the other - kids living through another day at school. He has correctly pointed out that knives can also be used to kill, so you know, where does the madness stop? He was unable to list the mass killings done with a fully automatic rifle, because you know, the ban on them must have worked. But if you listen then you'll hear the repeated claim: gun bans do not work. That's why mass shooters always choose semi-automatic weapons, because they like to show some modesty in their ambitions.

I guess everybody derives their concept of power from different sources. Some people like to imagine the joy of killing kids, others like to envisage killing American soldiers patriotically when the time comes, the way the nation's founders wanted. I like to read.

Wouldn't it be funny if an "original" draft of the constitution was found and the second amendment called for a well-educated militia? Or, if there was a requirement in one of the articles to update the language built into the document. The last time it was reviewed we transitioned to a well-regulated paint ball squad. Or better yet, a well-pregnated militia, so that only pregnant women were allowed to have guns. It will be left to their discretion as to how to avenge all allegations and to dispense final justice as part of the "Weinstein Clause."  They'll roam Hollywood, packin' heat, in black maternity sweats and full face masks with night vision goggles - the well-funded militia.

Or, maybe if there was a simple constitutional requirement for gun owners to spell: well-flagellated munitions. Or, even better: well-repudiated minutiae.

It'll be nice though, one day, for my son to see a time when we can all look back and agree that Americans, when really put to the task, at the very least knew how to be civilized. 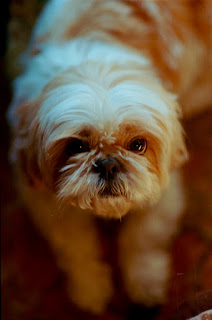