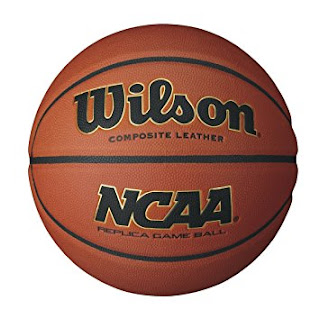 Pickup basketball teaches you almost everything that's both right and wrong with many men in America. There is limited space at almost any court, so the territory associated with entering that space requires some assertiveness, and equal part manners. You must negotiate a balance between those qualities with anybody that already occupies the space near a hoop, whomever happens to be currently occupying the lane. Any man here that hasn't learned how to happily shoot hoops by themselves, or chat easily with other men that are and also share the court to do so, are the real American problem. Or, a good indication of it.

The ability to float easily between autonomous and casual team play is something that can best, and perhaps only, be learned by practice. Somewhere along the way I get the feeling that Americans only learned to value one or the other. So they're always in part wrong, and sometimes unnecessarily adamant about it.

There might not be an i in team, but there is a pistol in my glovebox.

It's a similar dynamic to how it can be challenging to strike up a casual conversation with another man in an American bar. The first few seconds can almost feel like a fight might break out. So many American men lack the ability to casually converse - to understand, detect, or discern differences in the signals that indicate either welcomeness or threat. For anyone that is curious about the problem with Americans then it can sometimes be best witnessed in bars with strangers. Bars differ from their European counterparts, the local pub, in the most obvious ways. Conversation is the expectation elsewhere, it's the exception here.

I've been playing basketball for the last week. After somehow losing my basketball in the move from NYC I just never bought another one, because none of my friends here play. So that, with so many other things, just disappeared into the amorphous vortex of parenting.

Yesterday, a group of kids, or rather young men, showed up and cautiously began shooting at the basket that I was at. I offered a Hello to each of them as they arrived. I could feel the lack of life experience in each of their shy and barely audible responses. They of course knew they were entering someone else's temporary space. There is a protocol to it, but they seemed just slightly incapable of hitting that balance between friendliness and being confident that they can do what they are in fact already doing. They just silently moved in and started shooting, as if that alone is all that's required to communicate their intentions. In a sense, it is, but there should be more.

These are the young men that young women are having sex with, I thought.

They weren't bad kids at all, anybody could tell that. But they seemed to rely on a lack of eye contact and verbal communication to approximate consent. A thing that was not strictly required from me, but you could sense their inability to negotiate any shared understanding of it. No wonder there are so many problems. I imagined that there are young women out there now that have been fingered by these guys recently at the movies. Them each working their hands down the front of the pants patiently at first, knowing that some squirming and fidgeting is to be expected, trying to avoid the verbal No.

The main indication that these were not enemy hostiles was that they would bounce my ball back to me when I missed a shot. This is pretty standard courtesy and requires very little effort in the way of civility, but also a lack of it is a very strong indicator. None of them were wearing brand new shiny shoes or Kevin Durant jerseys, so I knew they were okay guys. Nothing against Kevin Durant, I use him only as an example. I suppose Steph Curry would have been an equally appropriate name to use in this area. You get the idea.

There are a whole litany of other behavioral cues you look for, and are sometimes forced to notice them once playing a pickup game - people who try to play beyond their skill level, or believe themselves to be the team's coach, those that never really try at defense, take endless three point shots and outside fade aways or jumps but then miss most of them and then berate others for not passing, trash talkers, anybody that starts a conversation by citing an NBA player's stats, pickup players that think they're also officials, and pretty much worst of all: those nincompoops that call soft fouls... Those are the venial sins. The cardinal one is starting a fight, or trying to.

But we never made it around to any of those sport misdemeanors, where I may have found that I liked these kids more, or also maybe disliked a few of them. It was going to be their pickup game, not mine.

The idea of getting a basketball injury now - a thing that is very easy to come by at my age - does not appeal much to me. I've been injuring myself lately only by riding a bike. When done correctly cycling is meant to be a relatively low impact sport. Weekend basketball against high schoolers is not. Just walking around the court with an occasional trot stresses my knees. An actual game might recognize my body as the home of any number of strained ligaments or a twisted ankle before I would simper off to my car and gobble pain killers. Yes, I keep pain killers in my car because traffic bores me witless and I like the way some Pink Floyd albums sounds when I am driving alone late at night in the rain.

Speaking of, there is the sound of the rain falling outside in the dark now. I have completed one full week of my sabbatical and have still yet to create a list of "things to do on my time away from work" but I am happy and relaxed and have been finding my strange, wayward spiritual center again. My intention writing here today was not to discuss the behavior of others so much, but only to relay how content and at ease I've been in my extended hours of leisure. So many things are lost in the maelstrom of attempted parenting - the orchestration of haphazard efforts to ghost write someone else's earliest years for them.