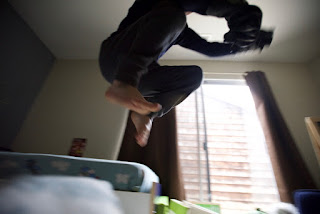 The boy and I set up the tent in the living room again. Fun times around the homestead. We arranged it so that we could watch a show while lying on a big floor pillow together - The Incredibles, one of our recurring favorites. I may have even drifted off before the official bedtime moment happened. I remember fighting my way out of the tent and turning off the computer to go to my own bed at some point. The boy still sleeps there now in the living room. I almost couldn't grind coffee because of his proximity, but of course life must percolate onwards.

I was browsing social media and I saw a post by an old friend. The subject was Stevie Wonder's string of albums from the 70s and the music on them. The sentence that leaped out at me, concerning his songs, was: They engage melancholy without being defeated by sadness; they engage anger without being defeated by despair. Yes, that is precisely what is so good about those albums. There are few artists whose religion I'll endure for the sake of the music, and not even the mighty Prince was able to get me to overlook all of his blatant proselytizing from the stage. But when Stevie Wonder sings about looking to God, I accept it, perhaps in part because he uses the word look in its purely metaphorical sense.

Ok, a cheap Stevie Wonder being blind joke to get out of that paragraph. Big deal. I didn't have any more to say about it. I love Stevie so much that I will even include Where I'm Coming From, Secret Life of Plants, and Hotter Than July in his "classic period," though admittedly as the weakest entires in the category. I don't know what happened after that 6 minutes of "I just called to say I love you" disaster. The only chorus less painful than that is Lionel Richie's "Easy Like Sunday Morning."

It's as if Wonder somehow became a Christian by the early 80s, even though he had been professing it all along. Something went terribly wrong, I started to believe his message, which rendered it unlistenable. It seems to have possibly been as simple as him transitioning from analog to digital synthesizers. I don't want to believe that's it, but that was at least a part of it. Anyone who can categorize his 80s music as having anything at all to do with his 70s music has powers of perception that escape me entirely. He became Phil Collins even before Phil Collins did.


Speaking of categories, a friend recently demonstrated to me in online discourse that racism can not be proven, particularly that of Trump. It is all alleged, the un-evidenced putative, the claims lack proof and therefore merit. All that is required to disprove racism is to deny its existence.

You can imagine my surprise to find that something as obvious and ubiquitous as racism doesn't actually exist, unless you yourself believe it to, and then it exists exclusively in your mind. It is only a pernicious solipsism. You create it by believing that it's there. You are to blame for America's racism, you have willed it into existence by noticing it.

Well no, that's not what he said, but he did demonstrate that a person can advance racially denigrating positions without having to sully themselves with actually being labeled a racist. Apparently there is no such thing as sufficient evidence for racism. Vindication requires only denial.

Alternately, to label a 17 year old unarmed black boy that was killed as a thug is quite easy. You just look at images of him, shake your head, speak, be white, and it magically happens: thuggery.

He also claims to be incensed about Colin Kaepernick's kneeling protest because it hurts young people by robbing them of hope. For him, the message from a peaceful protest is: things can't possibly get any better, and what a dangerous message that is, one presumably meant for fledgling thugs. Protesting police violence is a virtual thug factory.

Why, I remember a day when thugs were more quiet about violence.

I'd like to see him to tell the #MeToo women to be more quiet about violence against them. Because, you know... all that speaking your truth peacefully does is to rob young people of hope.

Be thankful ladies, things aren't nearly as bad as they used to be.

We live in crazy times. There are big, strong arguments for common sense. So you know that intellectual constipation will follow, then there will be the intellectual purge.

I don't know. I have enjoyed arguing with this particular friend because he does a fair job at poking holes in many liberal myths, so it's useful to have him around. But I can't help but feel that a series of manufactured justifications for using consistently prejudicial reasoning should be enough to unravel itself among thinking people. It seems that those days are ending. We are entering the phase of the new common sensical, where the world actually does appear flat if you just walk outside and have a look around. Everything is an appeal to the obvious.

You tell me, is the earth flat where you are? 'Cause it's sure as fuck flat over here. Why is it only ever round in pictures?

Who knows, maybe he's like me and he'll cling to a position just to see how far he can take it. I do that all of the time so I can't exactly fault others for it. I suspect he does secretly acknowledge that Trump harbors racist views. I just don't think he disagrees with those views very much. So he's demonstrating that Trump is innocent until there is self-admission of guilt. The perfect judicial scenario for whiteness; denial is neat and clean. Innocent until proven even more innocent.

I mean, there are shithole nations, aren't there?

How effective was that sentence by Trump? You can't tell me that Trump isn't really good at what he does: calculated bigotry. You just refer to the nations that liberals have said are too brutal for people to return to as shitholes and by doing so deftly undermining the claims, by easily pointing to the reaction to ugliness as being the only real problem. And that's it, really, it's masterful in a sense. The last two years have rendered the left incapable of either agreeing or disagreeing as to even what the problems are. The right seems perfectly content with Trump restoring the greatness of this great nation greatly, saving it from the ilk of liberalism, the nasty shackles of inclusive otherness, or other uncomfortable phrases.

Go back to Mexico!

Sound familiar? Go back to anywhere!

There must be some out there that are just beginning to come to terms with the unpleasant fact that the reason they hate Mexicans is in part because they didn't even have the dignity to be our slaves. It must bother the American mind to have to find a reason other than slavery to think less of others, but then to be too lazy to do the research. I mean, where would I even start? I can't read Mexican.

Best just to rely on gut instinct with such delicate matters of the heart.


My prediction: Dems will do pretty well in 2018, but will lose the presidential election in 2020. The economy alone, if it holds, will carry the previously undecided. Then, much like Obama's second term victory, in reverse, the right will be able to make the claim that, you can't claim it was based on race this time...

There are plenty of people who will grow tired of the immigration argument. The repubs will equate prosperity with the deportation of immigrants rather than the reckless repeal of regulation. It will all be an easy enough argument to sell. The GOP will hammer on about it just enough to publicly rattle the dems before the election, like the North Carolina transgender bathroom argument. What an incredibly well-timed conversation to hit the national stage. Purely coincidental, it seems.

The left never seems to notice that an election is coming, even though it's all they can post on Facebook about. There is no divisive voting issue they won't try to tackle in the month leading up to an election. They really go for it, like a fresh green smoothie, to make sure that any undecided voters will have no question about which issues matter most to them. My guess is that in October of 2020 we'll be having a heated national discussion on whether or not children being deported should have a say in the route the ICE bus driver takes to get them to the border safely.

The GOP will solve the issue by funding new express train lines.

The repubs haven't forgotten that winning the election is what makes you right. Silly dems think it has something to do with running a campaign as if it's a daytime talkshow where the subject is always the ever deepening importance of the new suburban morality.

I know I've said that I'll leave politics alone, but it's what middle aged men do. They know that it's a very weak mechanism for social change, but also somehow seemingly the most important one.


Who knows, the best thing I've seen all morning is a baby sucking on her mommy's naked yoga titty. If you crave a glimpse into the angry and confused hearts of darkness then just read the comments. There are few things that the open internet can do better than raise other people's children for them. It's where humanity really shines. Women are nothing if not ruthless when it comes to the hatred of other's mothering. Apparently there are only a million versions of the single right way to do something. If it were up to online commenters then we would have had something like Sharia law a long time ago. America seems almost ready for the full, swift force of mob democracy.


Just keep clicking the Load More Comments link like I do.

The rewards of this life seem nearly endless, and the eye never tires of a nice, pretty titty.