Always on a Sunday 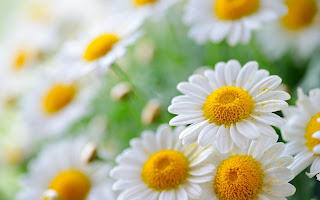 Happy Valentine's Day. I posted these here for you. Will you be mine?

Jesus, that sounded creepy, even by my standards.  I once had a girlfriend. No, wait, that is perhaps a story for another day. She said something so crazy to me one time that I wanted to document it, for the inevitable investigation into my death.

Nope, still too dark. She probably won't kill me.

Also, I have a girlfriend now. I think that's what she is. Perhaps partners is a better term for what we are. Romantic-Parent-Partners - several breakups, outnumbered by one reconciliation, one divorce, and one child deep... now one of us is well into their 40s, soon to depart the last decade that might still be considered part of an extension of a person's youth.

There is of course more to that, and her, and I. We are going on a Valentine's dinner with our son. My idea, but I thought it was thoughtful and inclusive. He's a sweet little six year old lover boy, so why not. We armed him with adorableness today to give out to his equally delightful classmates.

So sweet it is, youth - glacé.

I had hoped that I would glide into my sabbatical on the oily back hair of angel wings, but life will not let me. I've had an unusually difficult week at work, which was about half my own fault. It didn't help at all that I have come down with some sort of allergy cold. I've felt terrible all day, useless - body aches, headache, and sinuses. I slept less than four hours last night on a cup and a half of cherry NyQuil. So, I've been corralling my sensibilities for most of the day with very patchy success.

I should be a conversational joy at dinner tonight.

I had modest dreams concerning the things I had hoped to get done today. None of which have yet been accomplished. I am supposed to go into the office tomorrow, but I feel terrible. I have Girl Scout cookies for everybody. I want to see people before I'm absentia, become persona mysterioso, abero opus.

I never wanted to be the type of kid that would grow up and run away on a Friday. I had an almost devout religious bent to my formal rebellions, making sure that when I did run away it was always on a Sunday afternoon, so that I could be brought back into the family fold before things became too serious, disgruntled and slightly ruffled, but ready for school in the morning.