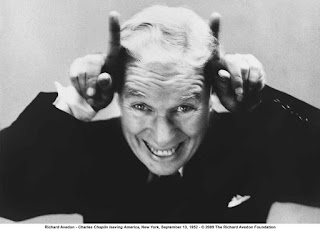 That's what the tape on my latest box from Amazon advertises - voice shopping, free listening. You can shop for voices and be listened to for free, or something equally convenient. We live cradled within the curses and blessings of interesting times.

I watched the Falcon Heavy launch yesterday, standing in a room with a handful of people at work. I viewed what I thought was the landing of one of the boosters, but didn't have my glasses on, only to find out that two were landing simultaneously. The second one, from my blurred perspective, must have been registered by my mind as any one of a number of visual anomalies that occur to a person with mild myopia, an echo of something actual, or it did not register visually at all.

Perhaps that's all that's ever happening: blurred vision that people accept as the clarity of truth. It's difficult to say. The terms that are used for being alert and aware all seem to indicate a clarity of educated consciousness, but then there still exists so much confusion about the facts. The word fact is rendered suspect most of all. Anyone can scoff, Whose fact? Political democracy has given way entirely to that of opinion, which has given way to the collectivist democracy of morals, which seems to demand the abolition of what is seen as faulty justice. The entire history of humanity has been put out to the garage sale. In a world of Amazon Prime people have grown so tired of due process. They want second day delivery on all matters punitive. It is dangerous to question the severity of someone's guilt any longer, much less to suggest a need to verify. Once they have been outed, best to leave them out where they belong.

Only in this healthy climate of accusation can impartial righteousness possibly emerge. We have been told for so long - and yes, there is so much evidence to support the claims - that those that have been deprived of proper justice are the ones best capable of now dispensing it. The angry never seem to get anything wrong. How could they?

In preparation for what will become of America's private prison system I bought a copy of Solzhenitsyn's The Gulag Archipelago. I tried to read Maxim Gorky's My Childhood but never completed it. I have tried - in the efforts of a layman, not a student - to give myself an opportunity to read at least two sides of the story as it pertains to Marxist-Socialism and the emergence of the Soviet Union.

I attempted a similar thing with the Israeli-Palestinian conflict. The only conclusion that I can draw is that I tend to side with the better writers. My opinions may be seen as more literary than political. I have read a few works by Sartre and enjoyed them, even as I struggled understanding them. Yet he expressed support for both Stalin and Mao. What is one to think?

There was a time when dictatorships of the left-wing kind seemed to be within the reach, defense, and embrace of continental intellectualism. Ideas that also crept into American favor in the decades that followed. The political right shows very little support for anything foreign, most of all ideas, and instead puts their faith in regimes that know how to dance along to the only anthem that matters. Suspicion of capitalism is not enough. But when has suspicion alone ever been? Ignorance can thumb its nose at anything and uneducated idealism has always gripped the hearts and minds of the righteous young.

Che! and all of that.

Gorky was nominated for the Nobel five times. Solzhenitsyn won it, for what that is worth. His status as a laureate is considered a political statement by some and not as much of a specific commentary on his writing. In 1970 and at all other times the Nobel committee has been charmed by virtuous and literate dissidents.

Kafka and Proust were denied by dying too young. Tolstoy never won, nor did Joyce and others also deserving, to give you an idea of how faulty the process of voting can be. There are always two problems in any democracy: too many votes and not enough.

Steinbeck won, which is perplexing, but then again so is Dylan's inclusion, and soon enough Oprah Winfrey. You must admit, she really made great contributions to the emerging world of daytime chat.

Perhaps the kids are right, the hierarchies have all exhausted themselves.

Tear down the pyramids!

That's always been my main mantra: destroy the ever iniquitous past.

Smartphones have engendered the dissolution of subject into mere reference, mostly for the convenience of dismissal without knowledge, or to render its holder as being instantly well-read. There is the requisite stabbing of the past in the hope that the sun'll come out tomorrow. All of human history has become the spring board for a musical, one vaguely about a revolution.

Talk to most any young artist about those who are considered "the greats" of the latter 20th century, especially in California, and you will see some vague waving of the hand and shaking of the head. No substantive opinion beyond the obvious meaninglessness of the previous. Anybody can now claim the luxury of historical irrelevance. The idea that the best of one generation can dismiss or denounce the best of the previous generation is also an idea whose time has passed. A more effective way of discharging the past is to be completely and simply unaware of it.

Today is the day in 1964 when The Beatles landed at JFK. I remember reading that Millennials are the first generation to outright dismiss them as a cultural force and musical group. Friday will be the anniversary of the date when they played on the Ed Sullivan show. Bowie and Elvis share a birthday but you'd never know it was the former's, the latter's has eaten up social media because he fits within it more neatly.

I've never fully understood why the music of the generation that came before me was so important to me while I was young. I held the music of my own generation at a slight distance as it was happening. It wasn't until the mid to late 80s that I really started to trust the music of my own generation and embrace it. It seemed to be somehow less important, at times even artificial, by comparison. It was in some ways, yet in other ways that was its very message and why it was so important. I missed that until I was a little bit older and more capable of appreciating the subversiveness of it.

MTV, while exciting and vivid, made me feel at the time that there was little left beyond the triumph of industry over inspiration. I was partially right. I have rescinded that opinion somewhat since, but not entirely.

As much as I can now appreciate some of the artists that came later I still find them to be choreographed into something other than what I really love. To watch Justin Timberlake's Super Bowl halftime show made me feel ashamed for reasons that I suspect most anybody of my generation might understand.

Something has died, or is dying. It's the idea that the unexpected and unplanned is only entertaining in proportion to the immensity of its shame at having been a mistake. To watch kids cheer orchestrated dance sequences that are designed to seem as if they were thought of on the spot is bizarre. It feels almost like discussing politics: you know where the conversation leads and you know it will eventually arrive there but the most interesting component is only when someone inadvertently makes a mistake. Timberlake's biggest mistake was not making any. His triumph was one more of athleticism than artistry.

America seems like a vast political rally, synchronized to pop, priced to sell and dressed to kill, on spring break in Vegas but with the coordinated enthusiasm of a new Nuremberg, both the rallies and the trials, all on pay-per-view Prime.

One day soon anybody will be able to blame everybody for the things that happened, or deny that it ever did. The biggest challenge of the future will be proving that there was one.