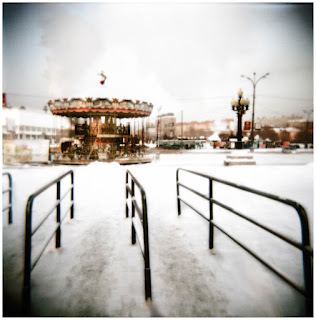 Yesterday. After dropping Rhys off at school, my sabbatical finally began in full. I was on my own with no responsibilities. To do with the day only as I wished. I opened all the windows and reclined on the couch. I put on the new David Letterman show (with George Clooney), providing Dave with ample time to suck Clooney's butt about his being such a good liberal. Sometimes I wonder where we'd all be without the guiding light of celebrity. I watched this journalistic catastrophe patiently, only to honor the many good moments that Letterman has delivered so well on in the distant past.

He has become a horrible shell of his former self. The sardonic spirit has finally released him, abandoned him to courteous and bumbling old age. His dry humor seems to have finally dehydrated him. I couldn't help but think back to the guy that regularly interviewed Bill Murray and Captain Beefheart and wondered how his younger self might have responded to the empty corn husk that he's become now. He has become the liberal beard.

To make matters worse, I tried to follow that disaster up with Chris Rock's latest Netflix confessional - he cheated, got a divorce, had to fight for custody of his kids. You know, all of the comedic good stuff that helps me giggle along with life. After those two I felt like I had a boulder growing in my stomach.

Well, we all wanted it, so it's finally here: the Age of Apologies.

So, I took a nap on the couch after those consecutive misfires. When I awoke only minutes later I decided that a bike ride and a good gym session would, at the very least, make me feel as if I had done something positive and useful with my time for the day. I am only ever bored when my body is inactive. There must be something to that.

I self-medicated with a dollop of the anti-anxiety magic that is now perfectly legal in California but somehow not in America and then wandered around the house getting ready and bumping into things until mild nervousness pushed me out the door to sunshine and freedom.

I made it to the base of the hills on the eastern side of the valley before my back tire went quickly flat. I cursed my luck but also reminded myself that such a thing might have happened on my lunch break on a day that I was working, where it would have caused me some stress and lost time. But losing a thing like time matters so much less when the clock is not acting solely as a constrictor.

I began the long walk back towards the bike shop, somewhere between two and three miles away. The walk adopted the familiar arc of a spiritual awakening, of course. I had only made it through denial and anger before I leaped straight to acceptance, where my epiphany waited to embrace and absorb me in its warm glow.

It was during this walk that I realized: I never take walks any more.

That was it. My spiritual awakening consisted of an observation about how limited my time is.

Disappointing? Sure. Imagine how I felt. The summation of my enlightenment could be described as: recreational pot reminds old man he has legs.

I called Rachel, of course, to relay the particulars of my newly born inner spirit self. Knowing not to just recount my epiphany to her in straightforward terms where it might seem flat, I tried to describe it through the use of a narrative device, an animal embodiment. I mumbled some nonsense about the tempestuous cauldron of freedom and the joys of sunshine , and about how we never really go on walks any more.... I think I might have thrown the phrase capriciously cruel in there, somehow tying that into a presumably larger idea about freedom. I mixed up a few metaphors about working like a dog, running like a horse, maybe even flying like a bird.

Yes, a free bird, like a hungry jobless horse with wings. 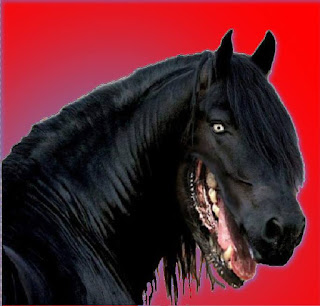 Impressed as she was with how I was spending my time, she got off the phone.

Ah well, the working class will never understand until they rise up against something and do something differently, or embrace something that involves being angry about voting, soon. It was not for me to figure out, not today. I can put my "Disco Resist" shirt back on when all of this is over. For right now I need capitalism to stay healthy and the market bullish for just six more short weeks. I don't give a shit what that electrified corpse Bernie Sanders says. I look to the Dow Jones Industrial Average for all of my new truths and beauties.

I want to trot with the leisure class - frightening local kids with a polo mallet, relaxing a little with the ol' Sport of Kings: taxation, hiring the poor for pennies to fetch my wayward polo balls on dogback - for just a few short minutes. How much should it cost to feel wealthy? How much money does it take, I wonder, to feel superior, to be smiled upon by the divine, to treat people based only on the misfortune of their financial circumstances. I want to feel the power of economic centralization. And I want to wear a black cape or robe in my secret chambers.

I want to wake up and dress for the job I've forgotten ever having had. I want to sip cocktails and look out over calm bodies of water in the afternoons and early evenings, half eaten plates of appetizers taken away as being only adequate, reminding everyone that can hear me: cash is for poor people.

I want to laugh out loud at my own mentions or suggestions of equality, stating loudly that, If the democrats have their way then we'll all be shopping at Walmart! To say all the things that I imagine wealthy people say. To remind beggars everywhere, Smile, it won't hurt.

I want to feel opportunities of recreation and leisure wafting through my body like winds through off-shore curtains. I want to live on the side of the sky as gods, to bathe in the ambit of the sun, to gift Sisyphus a golden boulder.

I want heavy matte black credit cards with my name silver stenciled on them in raised all-capitals courier font, and I want to leave a trail of them at every restaurant along the coast in this county.