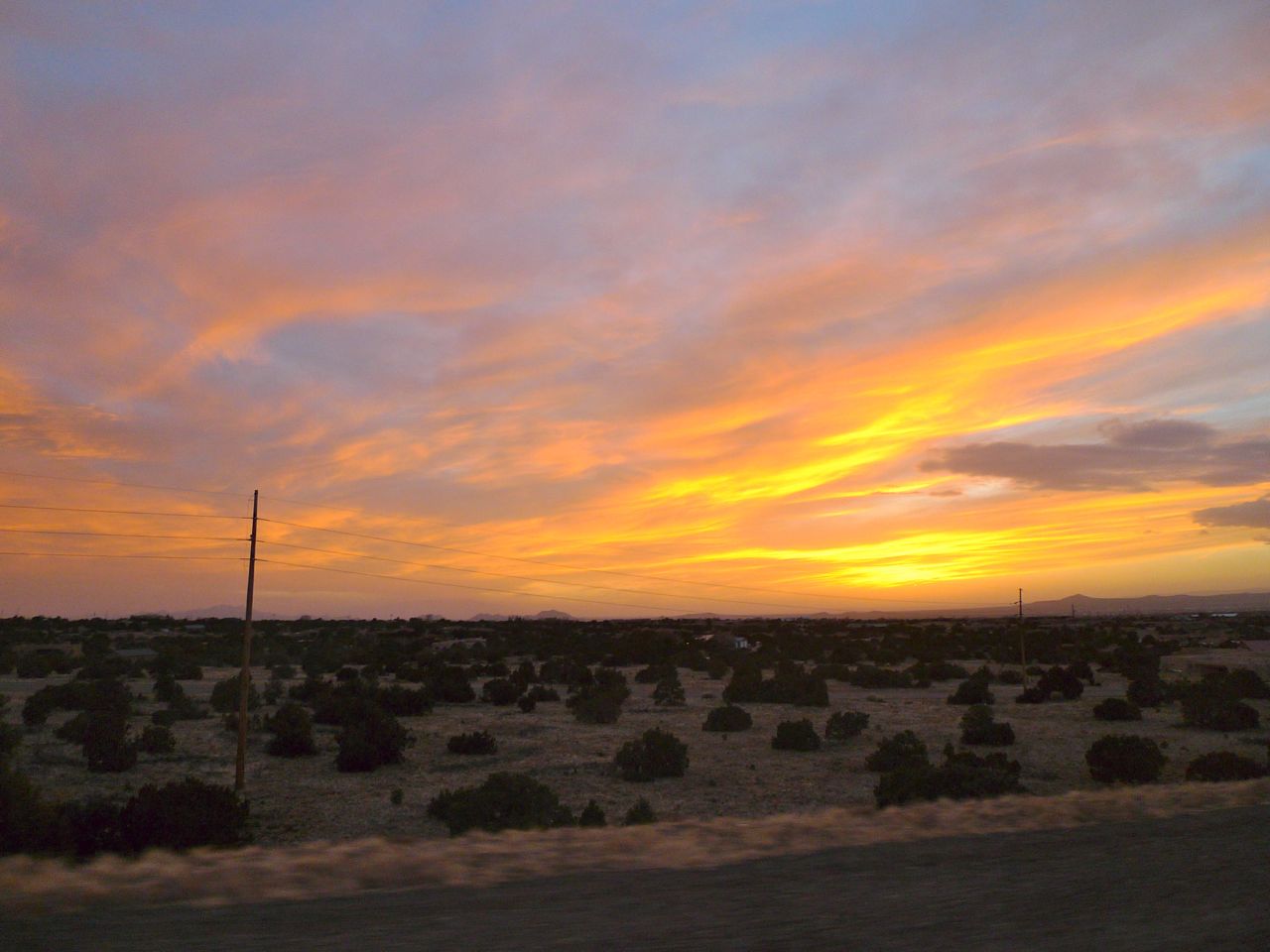 (The filthy skies of Santa Fe)

The eastern shore didn't stay red for very long; transitioned to orange by the time I could walk past the trees. Then it was just me, a slight chill in the air, and the disappearing evidence of atmosphere.

Night, you were never dark enough for me.

This morning, I passed through the visible spectrum. The blues and purples scattering out long before they reached me, or all trying to escape from the west, sneaking out the back door of morning.

It's a myth that pollution causes the best sunrises and sunsets. The molecules that are most commonly produced by pollution are far too large and would scatter light unequally, or absorb much of the visible energy from light that we regard as beautiful. Comparing the size of a photon to the nitrogen oxide particle (for example) that constitutes part of photochemical smog is nearly pointless for all but those who study such things. A photon has zero rest mass, so it allows for light's frequency dependence where mass and radiation achieve thermal equilibrium. That's your science lesson for the morning, dear readers. Photons for breakfast!

If this common myth of sunset-pollution were true then smog would create beauty and Beijing would best the Bahamas for most photographed sunsets. This claim is silly, and observation easily defeats its basic premise.

So, go back to uncritically enjoying a sunrise and sunset every now and then.

It won't kill you.