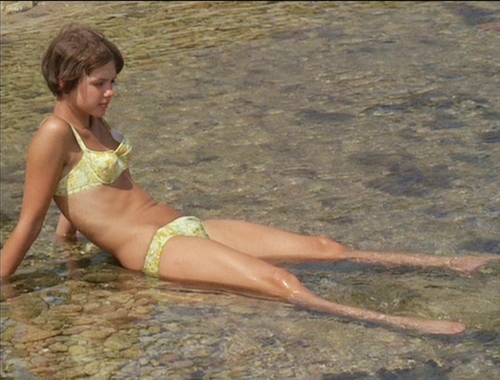 My secret life has a new dimension.

Last night, after seeing Rhys, I went to sleep around 7:30. Last evening really, not yet night. I awoke around 2:30 and my secrecy began. As a film projector unexpectedly begins in the silent darkness, there is an orchestra of dancing lights upon waking. A dream of having just been in an unlit room; untold stories unfolding in the eyes.

An accomplice recently asked why I don't just stay up later, the way that I used to, and then sleep in. She surmised that I can still have all the secrecy I might ever want in the late evenings. Her assumption being that I wished to somehow economize and align my time with others.

It's not true, though. In the evenings there still exist options, distractions, the noise of others moving, the temptation to move in unison with the turning world, to rise. Through the middle of the night's passing there is a calming nothingness. Things appear in the darkness as aquatic apparitions in the depths, the emptiness of secrets being their disguise.  A world without shadows, only darkness and unharnessed thoughts floating. My midnight life is as a submarine sliding past, surrounded in silence.

Close your eyes with all lights off, then press on your eyelids with your closed hands, not too hard, not so that you see red but just before. There are unexpected shapes floating across. Hear your breathing, carefully.

It is like that, this strange phantasma. Hours upon hours, all dispersing in morning light.

Several emails back and forth with an old friend yesterday, I decided that I would start spending some of my alone time in films. We exchanged compact opinions on a handful of directors. I asked him about a book I had encouraged him to read, A Sport and a Pastime, by Salter. He gave me his enthusiastic approval and then compared it to a film, La Collectionneuse, by Rohmer.

Now, Janus films also await me in the cold, cold night. Criterion. Last night was the first in an unplanned festival.

I awake and take off all of my clothes underneath the covers. I don't quite know why. One must re-remember how to be nude when it has been too long. One must feel why to be nude. It is odd, the sensation that you have put something on by being naked, to assume senses lost by clothing.

It is a practice in resisting age, an invisible cloak that attends disrobing, like the warmth of a second glass of nice red wine.

The film's main theme is a pouty young woman who owns several bikinis. Two men compete over her but there are also more, some who have and enjoyed her. Passers by.

Each of the three main characters - a struggling lust triangle - espouses their version of sexual politics, complicity.

Each incomplete, each insistent, each doomed.

The intended theme concerns itself with how much vanity and guile exists in even the simplest and most casual romantic arrangements, seeking to prove something we only find to eventually blame in the actions and assertions of others. One must conceal their impulses and detestations, carefully arranging how we advertise our interests.

The film ends in the unquieted restlessness of finally being alone, of returning to the imaginary desired state of peace.

It is freeing, this noiseless feeling. To possess nonexistent silence; where the whole world is hushed, and I miss no one.