A surge in new membership 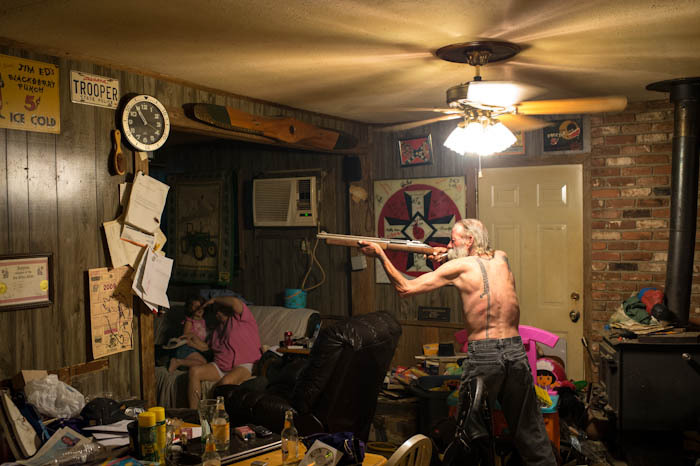 The KKK has involved themselves in Ferguson. That should help clear matters up. They have announced their intention to defend themselves, with the use of lethal force, against the peaceful terrorists.

Terror, what a flexible concept. The group to claim offense becomes by default the group to accuse the other of terror. The tactic is as much involved with victimhood as it is with anything else.

So, now the KKK are the victims, preparing to defend themselves against this latest uprising. Their message echoes that of the police force, somewhat. There are things that they simply will not stand for, or against, or anywhere between. Once you start threatening to rape white women then you have crossed a line.

"You have awakened a sleeping giant" reads the flyer the Klan has been distributing. A true sleeper cell, that one. Decades passed with the KKK getting such a bad name that many of their chapters have moved north, to Idaho and Pennsylvania among other states. Ferguson is much closer to Chicago than it is to Atlanta, maps remind us.

Now, don't all those silly southerners feel... well, silly, having long ago mostly eschewed this neighborhood club of friendly do-gooders.

If the first sentence of their missive announces that a sleeping giant has been awoken then what are we to think of all of those decades when they were being less than vigilant, napping on the job of maintaining racial purity and all that. What does a sleeping giant eat when it wakes from a long, deep sleep? I bet it must be hungry.

They make it too difficult to understand their message sometimes, The Klan. It's so hard to have any pride in what they do, protecting us from the threat of others.

Where are the ol' Bald Knobs when Missouri really needs them.

And why hasn't Charlie Manson weighed in on these radical racial tensions. He was always good for fresh insight into what ails society most. I suppose his marriage is working out well, has calmed a few of his raging demons. She's weaned him off coffee so he's feeling a bit edgy of late.

Gun sales in the region have risen, of course. Everybody has the right to protect themselves, sort of.

The law is pretty clear about a person's right to use lethal force to defend themselves against an unlawful attack, or the reasonable expectation of an imminent attack. So, as long as it's not a cop shooting at you, emboldened by the law, then you are as golden as the day is long. Shoot straight, answer first.

I swear, I thought the cop was going to shoot me. He was drawing his weapon, and I know what that means.

Things tend to spiral out of control pretty quickly as soon as people start defending themselves from the police. That is something that no stable society will stand for. The KKK has jumped barrels first into the fracas to stop innocent cops from being harassed in their homes.