Behold, a thief in the alembic 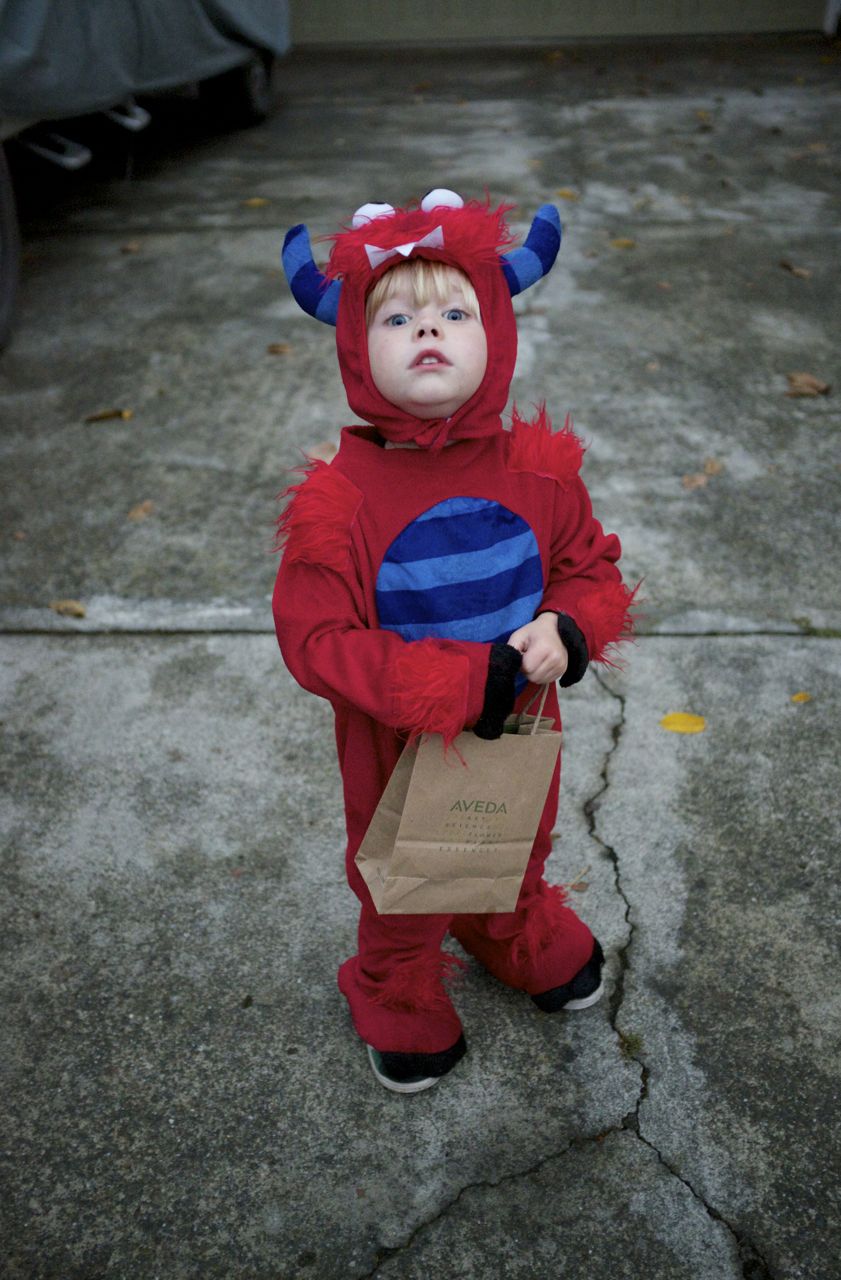 I didn't take many Halloween pictures. I was out of my zone. I brought the wrong camera. I'm losing my edge.

Also, I didn't want to be annoying at every possible turn.

The one above is of a buddy of mine. He and Rhys had a grand time roaming the streets with the many witches and goblins and princesses, collecting their sugar loot, the sucrose pillage, their wild cellophane plunder.

I lectured them on gender stereotypes, of course, because that is my ideological nature. I was dressed as an adult pink bunny, though I do not believe any pictures exist. I frightened parents, truly. When my gender lectures gained no audience I warned them of demonic possession and offered to introduce them to Christ, to shepherd them in to the fold.

Ah well, there is still time before the arrival of the floods. We live in biblical times; locusts, plagues, bats, the flood of rising waters, etc. Fast times for the righteous.

It is odd that embedded in the Christian myth there is the warning that a loving Christ will return as a dark surprise, a thief, to toss the non-compliant into eternal misery and torment. Surprise!

Does that sound right to anybody? Why is there even a battle going on between a true almighty and one of his perverse angelic traitors?

None of it makes any sense at all. Wouldn't the god described in the biblos, the creator, just win that battle and be done with it. Seems odd, that. The myth seems quite human in both its telling and purpose. Nothing about it seems particularly inspired, or even mysterious. If it was written by God then one might have guessed that he would have edited out all of Numbers as being inconsequential. He might have had the Ten Commandments be the same from the first and second recital of them, also. It sounds as if it was written by cuckolded farmers, ones who are accustomed to having their crops raided by insects, suffering the occasional oxen theft.

I read several pages from Goethe's Faust last night, so I'm feeling quite homunculi this morning.

You could say I had a fairly radical Saturday night, wrestling with 'ol Mephistopheles.