Does this kid make me look fat? 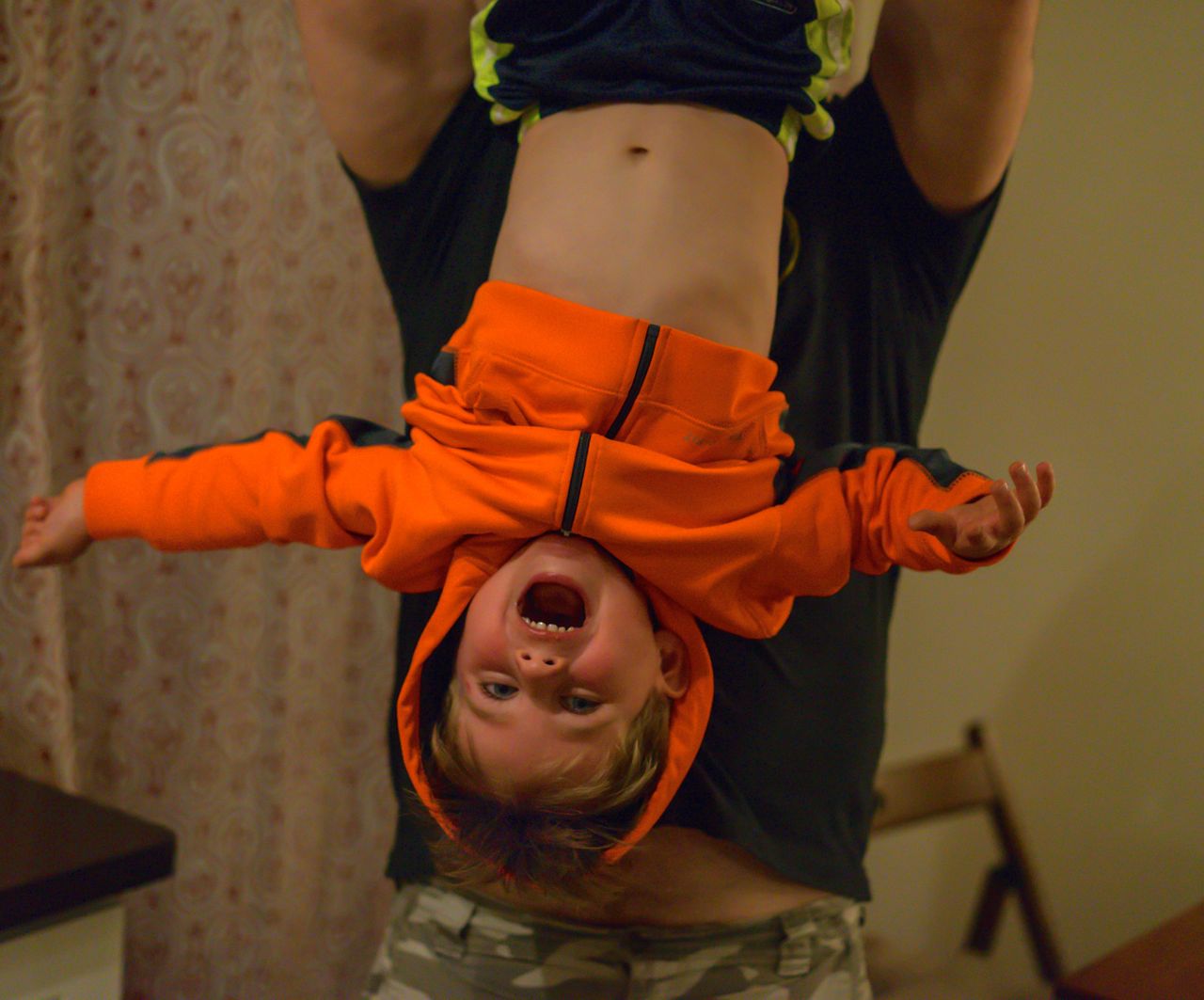 Oh man... that little boy is becoming a lot of fun.

Yesterday, after the 49ers game I brought Cato over to cook miniature hamburgers and grilled chicken. The boy ran around, excited for there to be a guest in the house, and excited for dad to be there as well.

Me holding him upside down is one of his favorite pastimes. It's becoming increasingly difficult, at 40 squirming pounds it requires a firm grip on both ankles, then a rollover set-down from the waist.

He can't get enough of it.

I've been trying to lose some weight again but it is a depressing endeavor. In the past it seems that the weight would melt off as if by mental will, barely any effort required. Now, no amount of physical will seems to loosen its flabby grip on my belly and bones. I stopped drinking for about two and half weeks and tried to watch my diet carefully, exercising about five hours a week, cardio and weights.

I didn't lose a single pound.

So, I spent the weekend restoring beer-time and football to its proper place in my life. I didn't gain any weight but neither do I feel exactly rested.

Ah well, as CS has reminded me several times... I am just at that age, and to just accept it. I'll probably never be thin again. I might accomplish it with sustained effort but the weight will come right back once I return to my normal habits. It is depressing but I try not to let it get to me.

There are lots and lots of women who are still willing to have sex with me, so there is that to console me on those cold and lonely nights. Pictures of strangers, offering themselves up to the void.