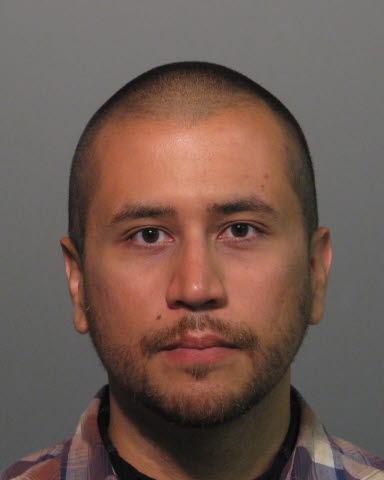 Photography is an expensive hobby. Each day something new is released that I must possess. I have several reasonably expensive things that I've never used before, or only just barely.

It makes no sense, yet still I want more.

I do nudes, of course, though most of my female friends seem too afraid to ask. I am an artist, god-damn it... a thing that escapes some once they must disrobe and have me stare for hours or seconds at the minutiae of their sexuality.

Sometimes I forget to even shoot any pics. I just get on all fours and growl, prowl, or hump their legs. That is how dedicated I am to my craft, my art, my calling!

No, I'm not in the mood to write like that, in that voice, any more this morning.

I do think it's funny though, all of the noise that gets made about Terry Richardson. People actually make the claim that he is "a fashion photographer who acts unprofessionally," without laughing at themselves, or even cracking a smirk.

They question whether this photographer is an artist or a predator, and what should be done about it.

There is no end to the confused misery of the masses.

A man using his talents and wits to spread his unholy seed is the most natural thing there is, and there is no stopping it, ever. Even the great Christian god smiles on this old-fashioned pre-testament behavior.

It would be like questioning whether a woman is "only being a mother or is she smothering the children," and how society should stand up against the inherent evils of abusing the unique situation of maternity.

There should be laws designed to protect children, right? Because one day those children might be models, and what then? What? You tell me.

People are retarded, truly. Don't be alarmed at the use of the term retarded, it is a perfectly valid technical term, while also being a helpful slur.

It means that the subject is less advanced in social, physical or mental development than is expected for one's age.

That is what our entire society suffers from.

Either retardation or political anger, or both. If you mix them online you get a libertarian.

I have a handful of such friends that claim libertardation. They are often the first to stand up and pronounce or denounce some perceived evil, or to explain justice to the incensed or unlearned, or worse. They are all very angry about things and they are all white men in my approximate age group.

They combine politics and capitalism in a very traditional way, and would love to burst a blood vessel explaining the evils of otherness to you.

They were all quite smug when George Zimmerman was acquitted, knowing the true verdict of innocent gun use well in advance. They also seem to believe that looting in Ferguson is a much greater crime than police brutality, either there or nationwide, etc. The issue with Ray Rice isn't the law, of course, it's domestic violence.

Black-on-black crime is the subject that nobody is discussing, they say.

They are eager to explicate the details of any crime, particularly one in which the main evidence is an online video that has gone viral. They all moonlight as trial lawyers.

It only takes something like Ray Rice to reveal how unquestionably and irreversibly decelerated their thoughts on justice really are. The same is true for most online feminists, as well; indistinguishable from angry white men. They possess advanced ideas on equality and power, and its varied uses.

Suddenly justice becomes something about feelings, agreement, and results.

The only question is "what to do" about it.

Yet none of them are using this opportunity to further their opinions on black-on-black crime, a thing they were screaming from their soon-to-be-looted rooftops a week ago.

In the video it is very clear, a person is attacked and defends themselves, twice.

They "stood their ground." Simple as that, or should be, anyway.

It does not matter that they are married, or that the man is standing rather close to the woman when she suddenly erupts in recurring violence. Married people are allowed to stand close to one another. There would be no crime there, except that the man is black and healthy and rich.

If Ray Rice would have been a cop and he would have shot and killed the woman, then none of these original purveyors of liberty would have even batted an eyelash. They would all just sit back and question why everybody is so upset, and point out how stupid everybody is.

But they all took the opportunity to grandstand about what a real piece of shit Ray Rice is.

And maybe he is, seems quite likely with this one thing considered, and that he's black.

I don't even have to truly perform this experiment in hypocritical justice. I only have to assume their position for them, since they lack their usual indignation towards the facts, anger, and sense of criminal justice to do so themselves.

None of what I am saying here is internal to me. It's just the simple facts combined with time-tested law, as seen through the eyes of the just and correct patriots, right?

They're looking at something other than the facts, this time, a thing they take great pride in with themselves elsewhere. But here, for some strange reason  - a reason that is not racially motivated at all - they are able to shelf their capacity for reason, justice and law... and then become sudden experts on exactly what should be done in the NFL to fix this blight on America's favorite secondary sport.

Do you see how easy it is? It's not even necessary to believe what you say. That's why they embrace this flawed would-be ideology, because it allows them to spew the greatest level of self-righteous racist bullshit and still feel right, ever blurring the distinctions between rightness and righteousness.

They all clamor to look at the facts until, the facts aren't what matter any more.

They do not understand art because they are artless. From this sense they deduce that art is meaningless, senseless and probably a social evil. It is why America will never produce a Picasso. We peaked out at Warhol, or Pollock.

They'll never say this, of course. How could they? They'll just focus exclusively on the sound of themselves demanding results.

They are against action when cops kill, but all for it when a black George Zimmerman stands his ground.

Action! is what is needed here, not careful thought and consideration about law and what violence means to all people.


These are the same people whose opinions on Terry Richardson we are supposed to believe and grant credence to, because something must be done.

You tell me, dear philistine?

If violence is so wrong then why are only women and white cops the victim of it?


I'll tell you why, dear reader... it's because equality is only a subtext, and a clinging one at that.