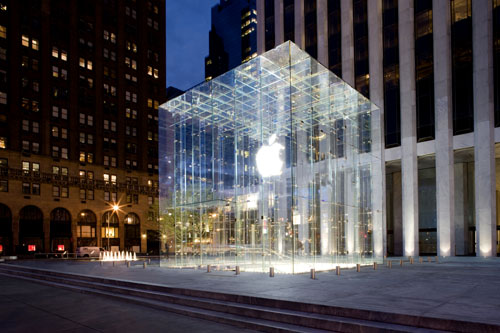 Mornings arrive earlier and earlier, in the shape of evenings and just as poorly lit. I must be returning to my nocturnal nights, my wandering Batman ways.

I just checked... I wasn't yet writing on this site when I used to work the overnight shift at Apple. I was already making a recurring nuisance of myself at the Soho store by then, learning to drink more coffee than was needed.

Time really does fuck life away.

When I first betrayed all of my closest dj friends by doing the unthinkable: getting a job... way back in 2007, I was quickly convinced to transition to the overnight team by a friend and regular reader of this site. He left shortly thereafter, but I remained on, working through the late nights.

Few places are as cold and lonely as midtown during the winter bewitching hours. The wind removes you, without a hint of memory where you had been, where you had once stood.

I would ride my bike up the East Side River to 59th St. and 5th Ave., past the UN, across more than 50 intersections each way, up and back, four nights a week.

From the time I woke up around 9:30 at night I could be clocking in at 10, if I skipped brushing my teeth of course. I would lock my bike to the street post directly in front of the store, then fix computers, and people's problems, all night.

It was a very "content rich" environment, but I never wrote about; preferring having a job to not having one, once I developed the addictive taste for a semblance of security. A mixed, bittersweet blessing if there ever was one: a steady job. It's always felt a bit too rigid for me, even though I seem to flourish when certain external demands are placed on me. Irreverence perhaps saves me, at least that has been my hope.

In the mornings, when I would finish at 9am, I would walk outside and ride my bike down 5th Ave. with all of the commuter traffic, sometimes in the pouring rain.

A madman with a strong taste of death, ever heading south towards the East Village.

I used to joke that nobody that had not ridden this same route at the same time gets to talk to me about terror in New York City. The memory of it makes my heart race, muscles twitching at the thought of it all.

(Was that a double-negative?)

Why am I writing all of this? It must be because I got my new iPhone yesterday. Let me find an appropriate picture.

There, I hope the one above works.

I started working for Apple just before the phone came out. I was in training at Cupertino and saw Steve Jobs a couple times while there, he was holding a prototype in his hand each time I saw him.

I'm not what most would consider a fanboy, but I do like the products, and it was exciting to see such a luminary tech figure in person. An American legend, truly. Shortly after returning to New York and starting to work as a "genius" we were all told that everybody who works for the company would get a free iPhone.

Hard to argue with the coolness of such a move.

I later surmised that the phones were bought for Apple employees by AT&T. It would have been to their advantage to do so, being the only carrier, where thousands upon thousands would have switched just to have the phone. There was also a "special" plan for the new phone, with increased rates to compensate of the overwhelming data usage that it would certainly require.

Some of us even believed it.

(More on this later, maybe. The gym has opened and my bike awaits...)