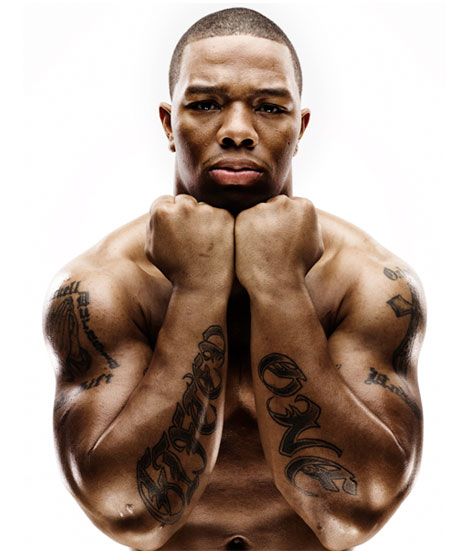 None of the usual suspects were willing to engage with me concerning my post yesterday. Nobody seemed willing to address or acknowledge it on any level.

I found out only after making the post - which was designed to incite people but somehow didn't, or at least not publicly - that Whoopi Goldberg had made a similar comment, stating that if you hit somebody then you should expect to be hit back.

She was universally denounced.

It reveals how profoundly sexist people are about certain subjects. People are clamoring for "jail time"!

If a cop had witnessed all that happened in that elevator he would have been legally obligated to arrest Janay, not Rice. Ray might very well have been arrested also but there is strong likelihood that the DA would not have brought charges against him, because his hitting of Janay, even though much more extreme, to the obvious point of excessiveness, was done in defense.  Though this outcome likely would have required for both parties to be arrested, where aggressor and victim could be taken into consideration. A thing that now seems lost on everyone.

Now consider this simple fact: Ray Rice is the victim of domestic violence. We have very clear evidence of this based on what has been shown in the video.

Not one article I've seen or news reporting of the incident has stated this very simple fact. And not a single person who has seen the video or read my post yesterday is willing to refute it. Watch the video for yourself. It is unpleasant, and Rice's reaction is definitely unnecessary and involves much more force than would be required to resist her attacks, or "defend" himself, etc.

But that's not the point, a point that there appears to be a willing and universal blindness to. Ray Rice backs up after Janay starts swinging, then she comes at him again, and he knocks her out.

People are spending a lot of time an energy ignoring the obvious: Ray Rice is a human being with the same rights as everybody else, and should be protected by the same laws. But he's not.

I haven't even read that many articles about the case but several that I have seen speak about Rice as if he is only a violator of the law. Charges were brought against him and he pled not guilty. He went through a diversionary program to avoid the pursuit of the charges any further than that.

Now, of course, they are talking about bringing more charges against him. A lawyer will easily beat those charges, if they ever even make it to trial, which is doubtful. But sometimes the cops and DA are expected to "do something." So they do. What Rice's lawyers should be doing is preparing a case to sue the state.

Another common and recurring theme in the articles I've seen seem to be that "a man should never hit a woman." Only Whoopi Goldberg apparently seems to understand the more universal principle that people really shouldn't hit people.

If a 6 year old girl was beating on your 4 year old boy at a playground would you be okay with it? You know, girls will be girls...

Don't let any of what I am saying mislead anybody. Domestic violence is a horrible blight on society and continued steps should be taken to reduce it, as difficult as it is to address and correct. But a woman hitting her boyfriend or husband is a violation of the law. Some reports indicate that it is the most unreported violent crime in existence.

Does violence against women far outweigh violence against men? As far as I know the two statistics are barely comparable, and there is no question that women who are trapped in violent relationships should be assisted in the best way that we can to get them to safety.  It seems to be the only sensible thing for any society to do.

But the extent of the damage done in these situations is already a consideration of the law. It does not render the laws inconsequential, and it does not apply exclusively to one gender.

People only seem to wish to discuss or address domestic violence as a one-way affair. Or, when they do address the "dynamic" of it they only consider the "cycle of violence" as it pertains to a man's behavior and history.

But nobody has the nerve to say what they really seem to want to say, and that's that women should be allowed to taunt and hit men without any recourse whatsoever, and that man has no right to defend himself against being attacked.

Say that to yourself the next time you hear somebody say, "You should never hit a woman" because that is a part of what is meant by that statement, that a victim never needs to be held accountable for their own behavior.

What is a society called that demands and expects laws to apply differently to one group than another?

Would it be considered a liberated society?