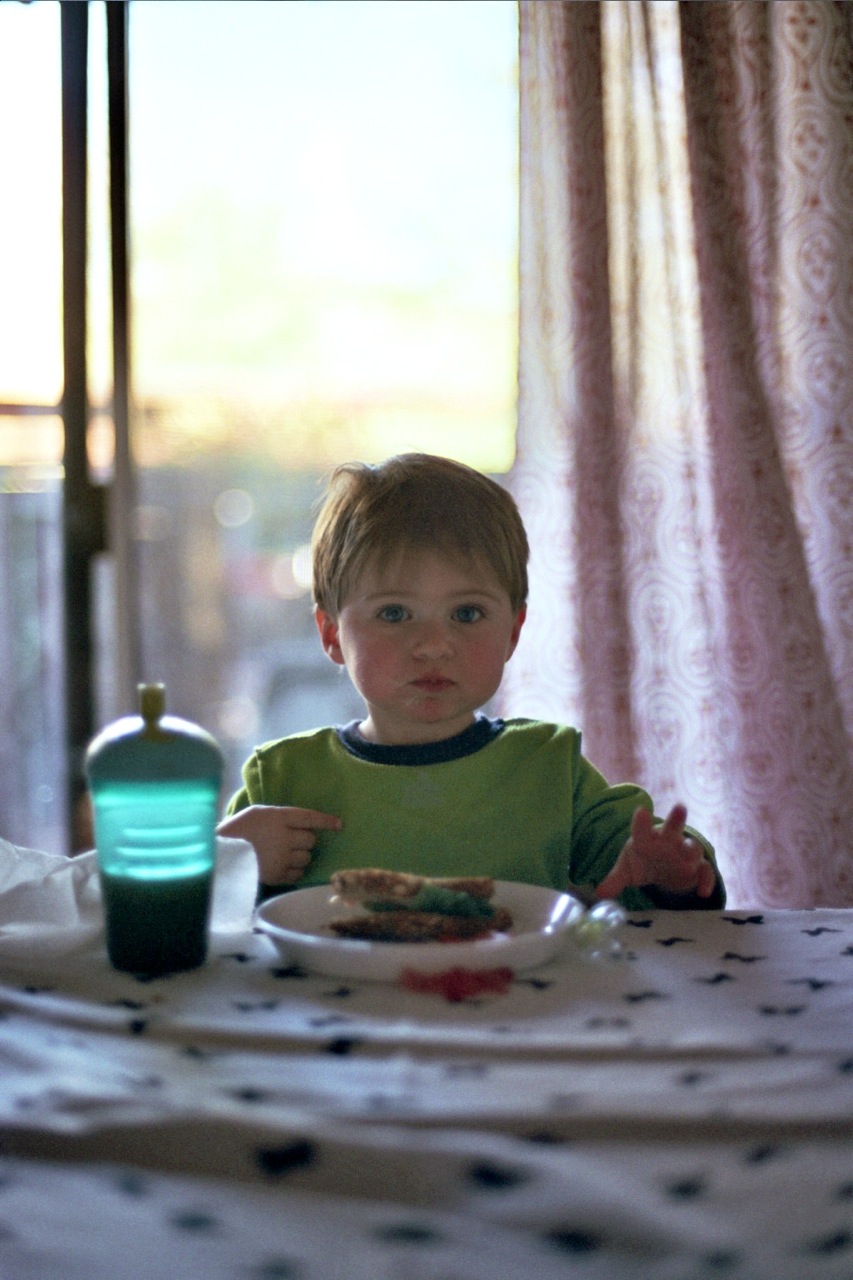 (To annoy my online friends)

Some people don't like kids, don't like pictures of kids, or even a public or private mention of them, anything.

I was indifferent to kids until I had one, perhaps more ambivalent than indifferent. I would let an idea of myself inform my behavior, rather than the truth of my own feelings.

All of that changes, one hopes, once you have kids. The idea is that you become more loving, patient, and concerned for the child or children once you are tasked with raising them. For the most part this is true, sometimes startlingly so.

Though, the feeling of nearly unending chaos is one that I have yet to adapt to.

I know that I should not wish maturity on my son. He is an only child and he will mature much quicker than I would like him to, and true knowledge of that fact will happen only too late for me, even though I know it in part now.

Rhys didn't really seem as if he needed me much the first two years, and I suppose he didn't. I don't have a "control group" to establish this observation, but it is how I feel, which should be good enough. He certainly needs me now. We are good buddies and are quite unashamed in our love for one another. I hope to enjoy these years as well as they can be enjoyed, while they last.

Once he hits puberty he will become ashamed of me, as many sons do, and I hope to be graceful during that time, knowing what is involved.

I'm getting off point here.

Yesterday, a friend posted an explanation of why he does not like children, or pictures of children. It was difficult to read, not least because this friend celebrates life in other ways, ways we once shared, and still do to some degree. There is perhaps a limitation to the celebratory feelings of life. They may be one directional for some, in time.

I don't know, and can only assume here. I feel and think differently.

Another friend chimed in to the same online conversation, referring to children as the "incomplete byproduct" of their parents, tickling those that agreed.

Though, based on at least some of what I was seeing... I would have to say that I greatly prefer the "incomplete" version to the "complete" version, if that is what in fact they were offering.

There may exist other versions of completeness to which they are not aware.

It was hard to tell exactly what they were offering, except maybe the attempted censoring of other's online behavior to better suit their life choices, a thing they might vehemently fight against in its other forms.

Ah well, I have drifted too far from my point.

I worry about my friends, and their access to love.

That is maybe just the newly formed "father" in me.

All that, and then the unexpected passing of a sweet old cat.

Yesterday, my roommate texted, asking if I had seen her cat. I hadn't, not since the day before. I sifted through my memories of coming home, and compared them with Rachel's memories of stopping by with Rhys the day before. We had seen the cat in the early evening, but I had not seen him in the slightly later evening when I came home.

It was not like him to wander off, but cats sometimes do.

Then we got the news. Taz, the cat, had wandered quite a ways off, and apparently met his end on a road several blocks distant, the "main road" that cuts through the neighborhood and crosses the creek.

News came in that a friend had seen a cat that had been hit the night before.

There is no easy way to say that it is "better to know than to wonder" even though that very well might be true.

Cats wander off when it is "their time."

None of that matters, and it is borderline cruel to state it. To suggest that a cat's death is somehow better than an alternative is idiotic, but I believe I might have done that anyway. It is in my nature to say stupid things at inappropriate times.

To wonder and worry and search for days... No, it is better to know, though knowing in no way reduces the empty sting to the center.

Later in the day I brought the boy over, and he and the roommate played with a red balloon in the kitchen together, kicking it back and forth and chasing and giggling.

She said, thanks, that it helped.

Few things can touch nature's heartache. The breaking that can not be unbroken, nor quickly mended.

A simple affirmation of life is found also in its passing, but at what cost.

So, that. Kids and Cats.

To this is what the mighty carelessness of youth is one day reduced.

Please don't tell anybody. It would simply crush me. 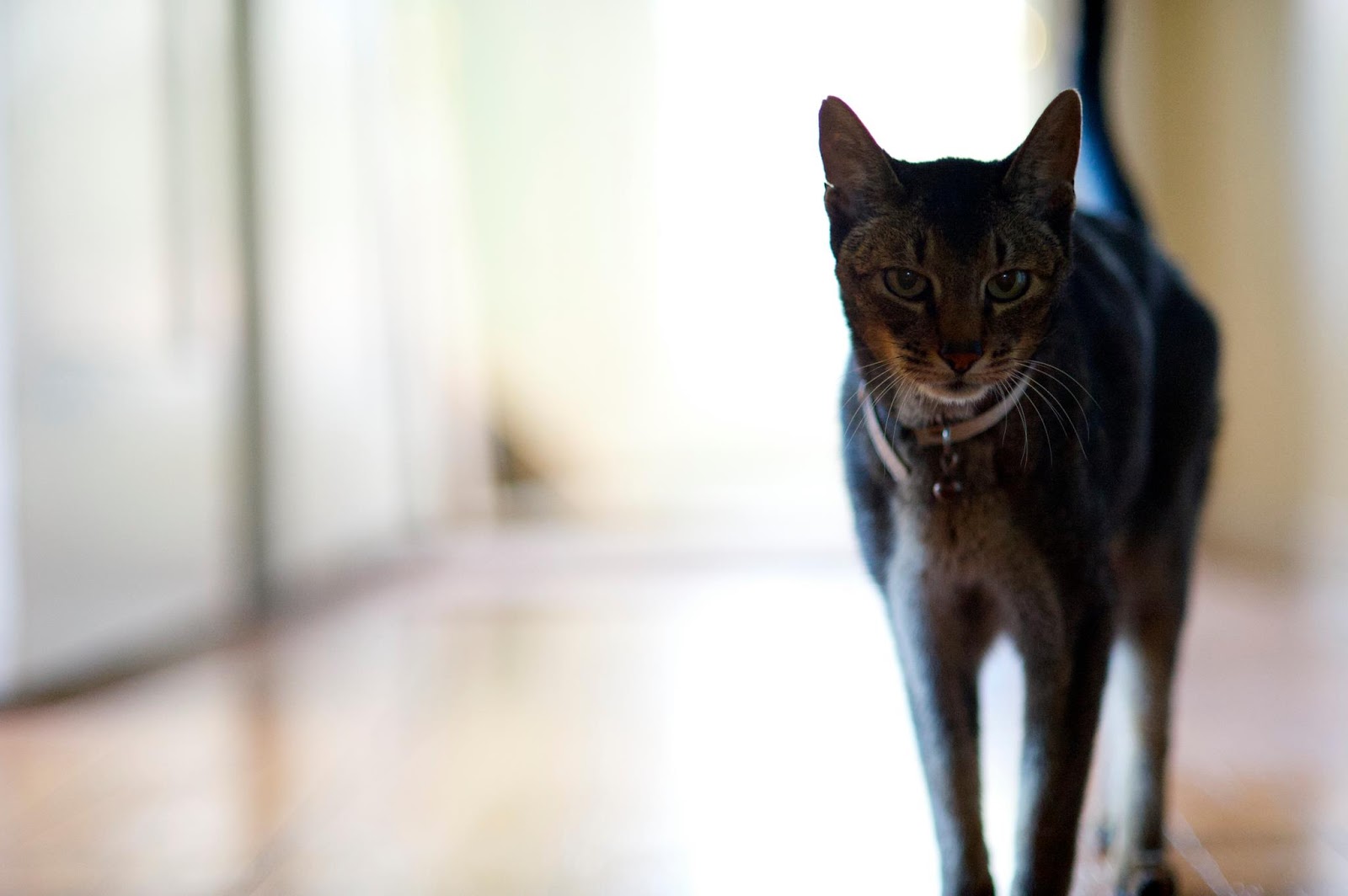