You can be too careful 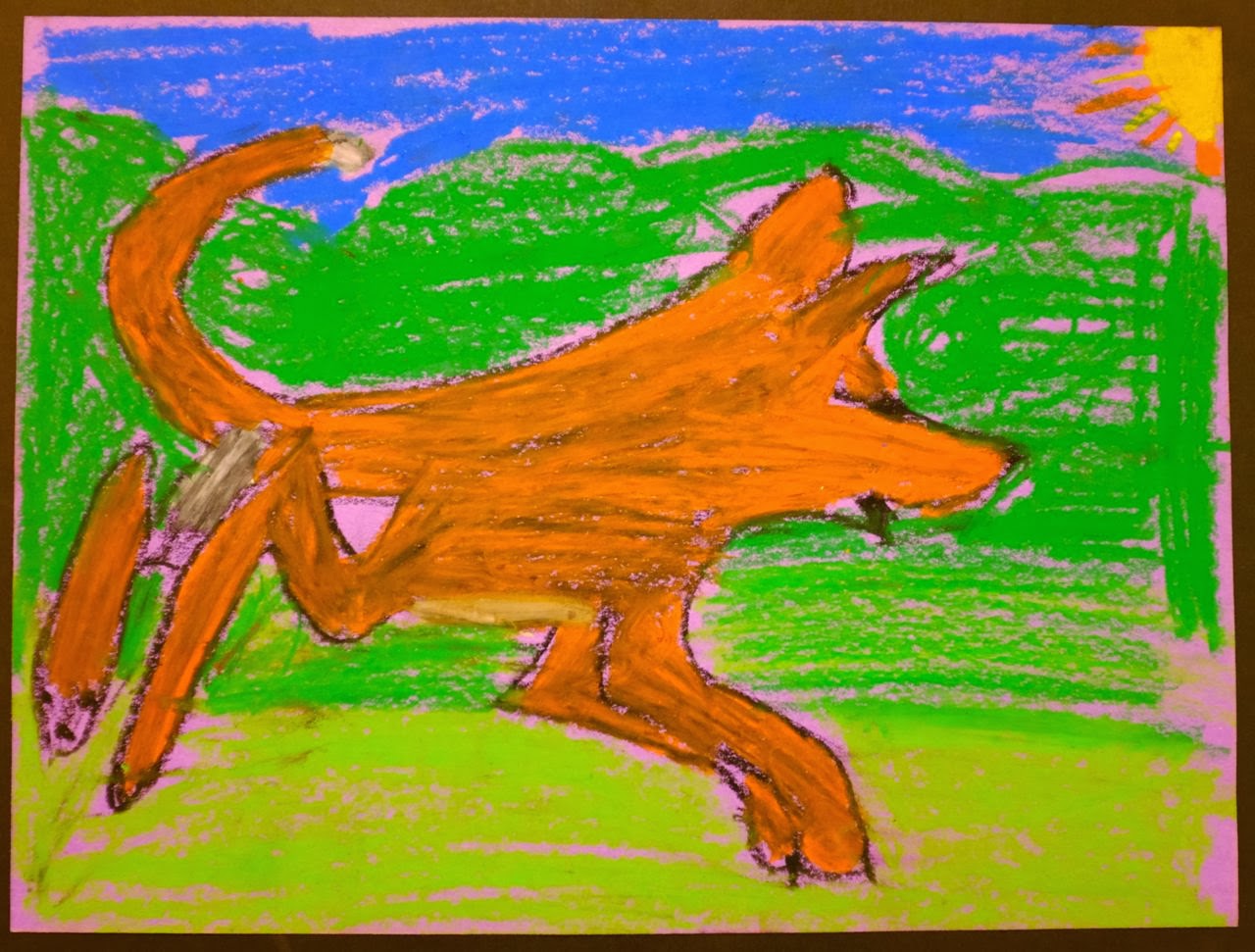 Let's make this quick. I have to drive into SF.

I went to a children's art showing last night. I would include the young artists' names with the two pieces that I have chosen to display here but that is something that you simply do not do. Apparently all children are only one small parental mistake away from being kidnapped. Danger lurks everywhere and you can not be too careful…. It is the message that gets relayed. To disagree is heresy. Moderation and sensibility in child safety is practically a form of abuse.

It's true. The only thing keeping children safe is extreme parental paranoia and after-school television specials which relay the very important reminders of abduction and certain mutilation.

Have you checked your zip code lately?

I'm waiting for the day when the abductors start to make the legal claim that they were just trying to keep the children safe. In a climate of open absurdity anything becomes possible, and will even begin to make sense. The defense lawyers will usher in this new era of principles.

There is no stopping it. Any parent that makes the mistake of trying to act normally in this climate will be both openly and privately criticized as not loving their children enough, a danger to the community. They will be told by the city, county, and eventually the state that they are unfit.

The only way to prove your love is to get in step with the fear. Anything less is poor parenting and soon to be illegal. New requirements will begin to appear in the form of mandatory suggestions. Well-meaning guidelines that carry rather stiff penalties for anything perceived as non-compliance. You will sign papers at school to guarantee that you have been warned. It will all make a sort of grim sense and nobody will make a case for non-compliance. Who would argue against the war on danger.

The constrictions are descending from all sides. The state of being constantly alert is the most salient attribute and hallmark of our new society. Everybody must be on board for it to be total, and we are a total type of place.

If you see something...

Well, I saw something a few weeks ago in the newspaper in which a neighbor had another neighbor arrested because her kids were playing outside. She called the police and reported that the mother was not watching her kids.

The kids were in the front yard of their own home, playing. The mother was washing dishes at the front window. The neighbor claimed that, "It's always like that. She just sits inside while they're playing without supervision."

Haul her away. It's the only sensible thing to do. Better go ahead and get a fresh blemish on her record, just in case. Safety first, you know.

Primitivo: But are there not many fascists in your own country?

Robert Jordan: There are many that do not know they are fascists but will find out when the time comes.

Parents would, of course, be quick to point out local examples of abductions and wrongdoing. Never argue child safety with somebody armed with stats and facts. If you make the mistake of asking how heightened paranoia actually helps to stop any of it then you will quickly learn the error of your ways. Paranoia is Safety, the line between these two states is blurred, multiplied and then amplified, sold back to us as the new version of love. Anything less is pedophilia and infantile strangulation.

Yet even instilling every child with the fear of death is still somehow not enough. If only there was a way of getting them to understand the danger... It's only a matter of time before parents watching snuff films with their children will be considered normal.

Tough love. How else are they to understand? It's a strict but necessary step. Severity will be perceived as a form of tenderness, and alarm for love. There are already sirens installed in all the churches and schools. When every parent becomes a watchdog then all that is needed is more to watch, increased reports to meet the new needs.

You can not be too careful.

People have to feel that what they are doing is the best thing for their child, no matter how absurdly misguided. They will battle sensibility with endless anecdote. The more gruesome details will transmute into the more love they have for protecting their own, and those around them. One parent will outdo the other in imagined safety projections. Not to be long outdone, the other will raise the bar for the other and the other for the other.

If you wish to witness hysteria, then just attend.

But what about this, or that? Perceived inadequacy in protection indicates the clearest lack of love. Who will suffer such a charge, particularly when it is never actually made, but rather only implied. There is a poison running through our veins. It came from the food, or the toys from China, it seeps in from the television, or by playing with the neighbor kids.

This home will be poison free, that is our mantra.

Of course you can't have dinner over at Timmy's house! Their parents shop at the poor people's grocery store… Do you think that we want you POISONED?

And this will be called love.

There is no logical end to it. To suggest anything less than extreme safety is a danger to the zeitgeist, the new threatgeist.

But the kids seem almost happy, somehow, through it all.