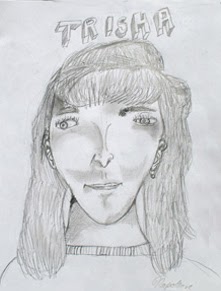 I am a wanderer again, sleeping on air. Any full-bodied x-ray of me would seem silly, improbable, supernatural even.

I think of all those prior to me, the many luckless surfers of the past, sleeping on couches and pull-out beds. Those hideous sofa-beds, and futons, made of metal and lumps of hardened cotton. They are so awful as to be inhospitable, not fit for prisoners, barely better than a wood floor. Anybody that has one does not want visitors, truly, and ownership of any one of them is the surest way of communicating that simple fact.

Not my friend, Cato… oh no. He really knows how to treat a vagrant, roving itinerant. He would be willing to sleep on the air mattress himself, and has tried many times, but I've had to let him gently know, "No, Cato, no. It will only ever be 'latent', now go back to sleep. I'm sorry. It's not going to happen, ever."

Now, he has a fine, nice air-mattress, suitable for a monarch. It is appreciable, truly. I could sleep on it endlessly, and have often tried. I awake most mornings feeling altogether rested, from temple to temple, yoga-ized, undefeated and undefeatable.

It helps that I ingest several drops of liquid morphine and smoke a snowdrift of opium just before dozing off. It helps me relax. A couple valium will prevent me from becoming too anxious.

I awake feeling victory or nothing at all, as if I am in a floatation tank, detached from body, gently spinning, lost in the champion's vortex. It is movement which slowly breaks the spell. I become aware of the force of gravity, of being pulled in one direction, then the air beneath me, the room around me, the city outside.

Then, the memory of work will ransack the morning, making the destruction of the dream complete.

The pain, the horror returns. I am not in poverty, but neither am I free.

Wait! Today is Friday... The filthy grind comes to a slipshod halt. Temporary days stretch out before me like a little holiday, a mini 48-hour season. Sobriety will make those hours seem closer to 52. I swear, it adds at least two hours to every day, sometimes more. They are boring hours, but in the final tabulation those count too.

Tomorrow morning, we will have a little birthday party for Rhys, who becomes two later this week. He will run around and poop his pants in numeric victory, surrounded by other midgets.

Speaking of, I found the now aging picture below in my phone. I was loitering on the toilet, contemplating the emerging bitcoin phenomenon, and little Rhys wandered into the bathroom and wanted to participate. He sat down backwards on his training toilet and "went potty" with me, making sure I knew how it was done.

It was a first, for me. I'm not sure - with all of the pictures I've posted here - why I haven't posted it before.

Has there even been a kid more adorable, and deserving of his father's love? 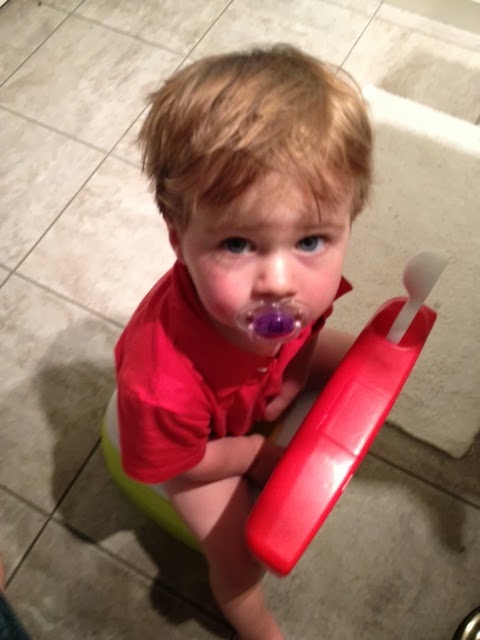