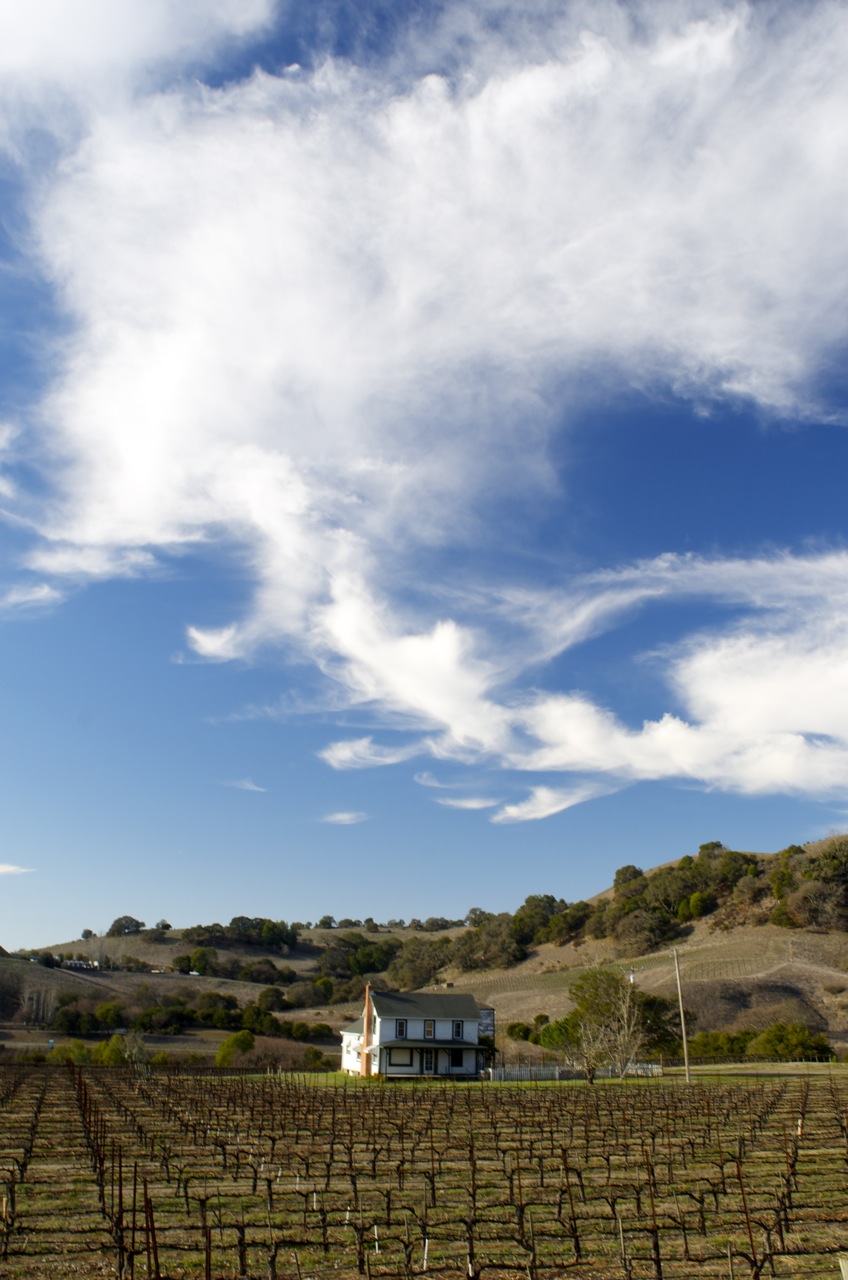 Well, I got bored.

I miss drinking terribly, some days.

Other days I just miss it, sensibly.

My all-day Sonoma photo-shoot fizzled out after I realized that it was time to stop and get a sandwich. It lasted just under an hour. The above pic is the resulting masterpiece of effort and inspiration. It took about three seconds to produce, perhaps five with post-production.

I've never cared all that much for landscape or nature photography. I mean, I'm glad it's out there, not really harming anybody, I've just never wanted to be caught up in it. But, not knowing what else to do, I found myself driving around aimlessly on a delightful day, pointing at things like a lost tourist, talking to myself.

Well, it is better to have looked at things than to have not looked at them, most of the time.

That's at least one difference between being in love and being alone. The same day might have glowed for me, at some other distant time, in the presence of my warm beloved. If you don't have a hand to hold then you might as well have a camera in it, otherwise it invites the devil's whispers.

Do people still hold hands? Am I dating myself? It sounds a little bit 20th century, maybe even 19th.

Last night my wife questioned the use of the word "disheartened."

She asked if there was ever a time when people were heartened.

One of them was.